Performance artists with a Major-Label record deal? YES! Scroll down for Samples. 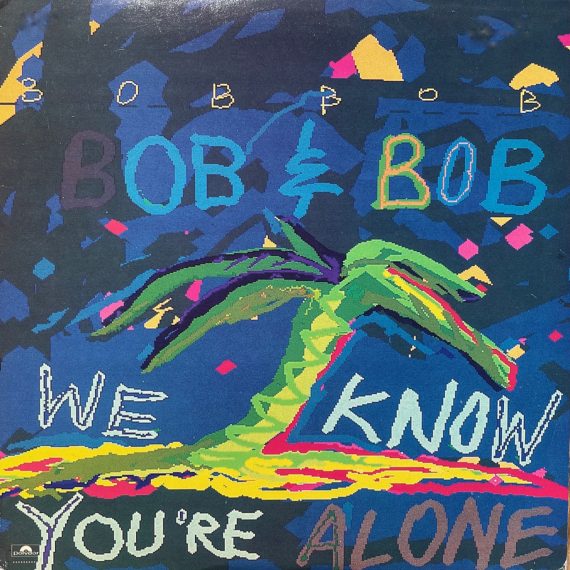 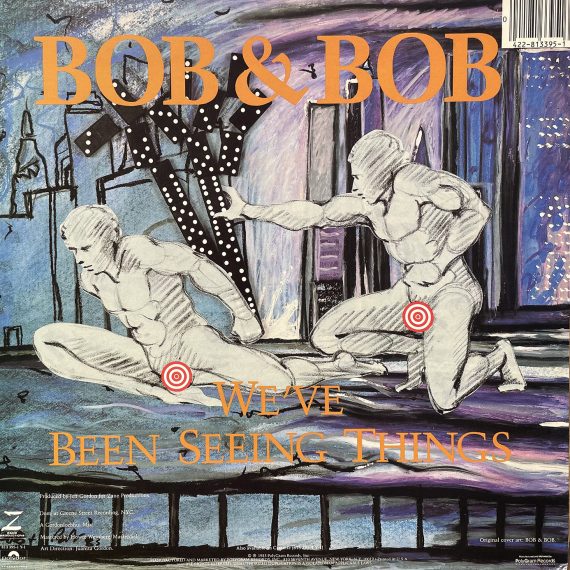 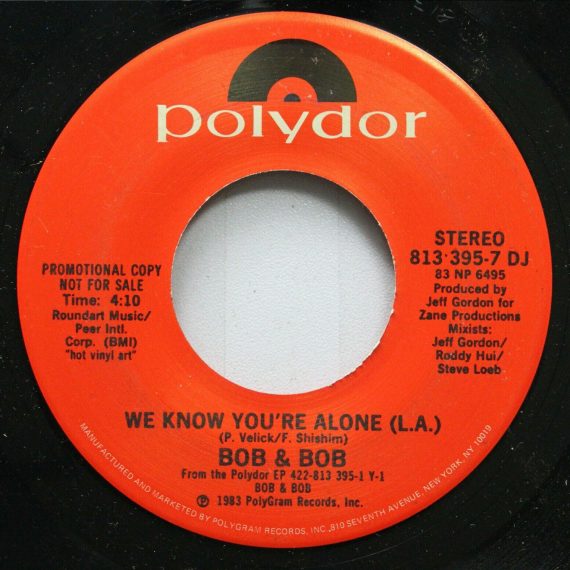 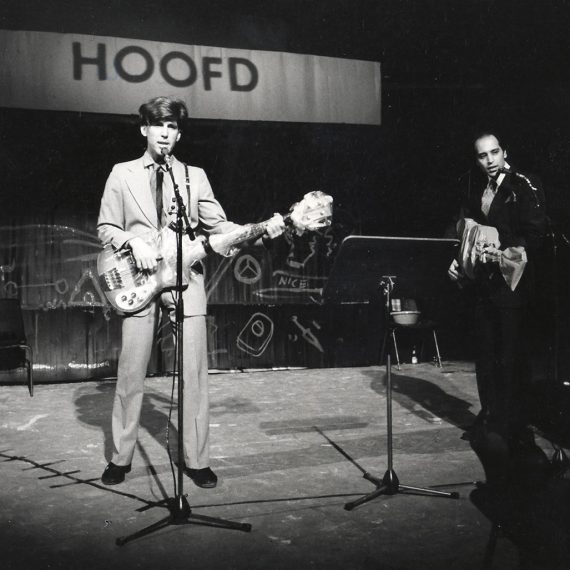 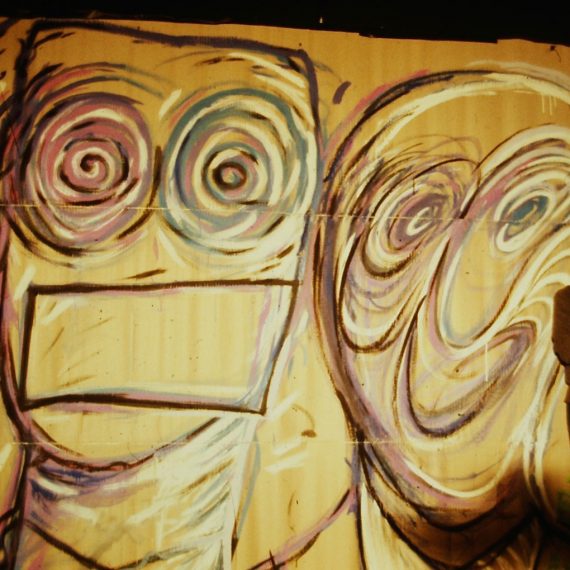 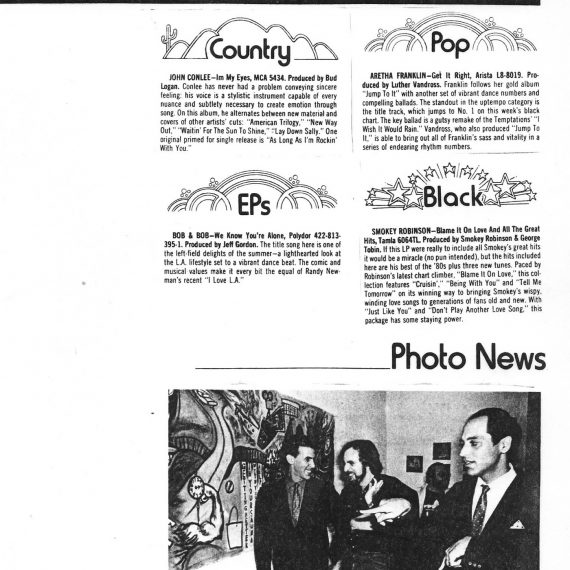 12-inch vinyl EP, also released as a 45rpm Single and on cassette.
Produced by Jeff Gordon at Green Street Studios in New York City for PolyGram/Polydor Records. Gordon had been producing and releasing records by well known painters, conceptual artists and poets since 1980, including Chris Burden, William Burroughs, Joseph Beuys and Buckminster Fuller. With Bob & Bob, Gordon landed a major record deal with PolyGram/Polydor Records, a very large label at that time.

Bob & Bob’s song WE KNOW YOU’RE ALONE sold well enough in the summer of ’83, that The Tonight Show with Johnny Carson invited Bob & Bob to perform the song on their show. But things didn’t go well in this rare intersection of “art” vs. “entertainment”. Bob & Bob didn’t want to just stand there like a singing duo and lip-synch their hit. Instead, they wanted to do a live painting as the song played. After all, they had already done exactly that, to promote the record, in Holland (see above photo) and also in Washington DC. They even wore plastic wrapped guitars as they painted! But when the Tonight Show producers rejected the idea, Bob & Bob walked away from Johnny and the Tonight Show with no regrets. The suits at PolyGram were incensed!