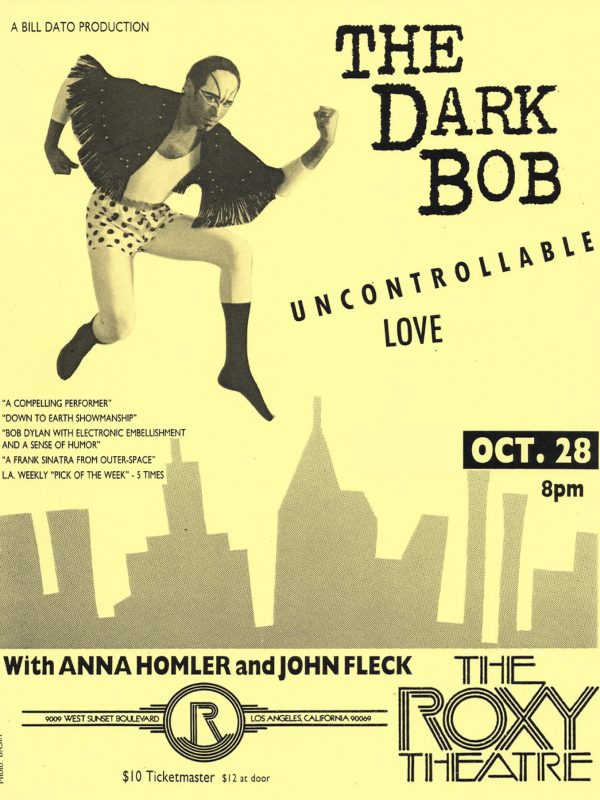 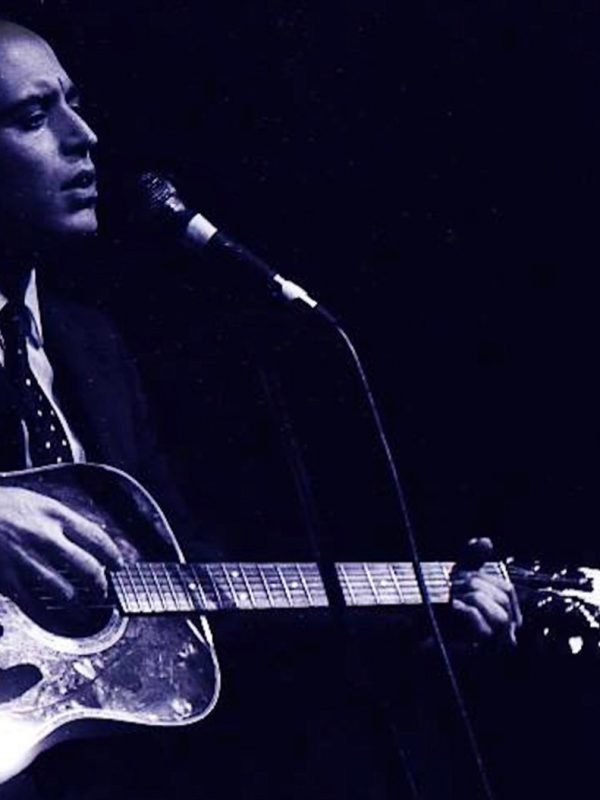 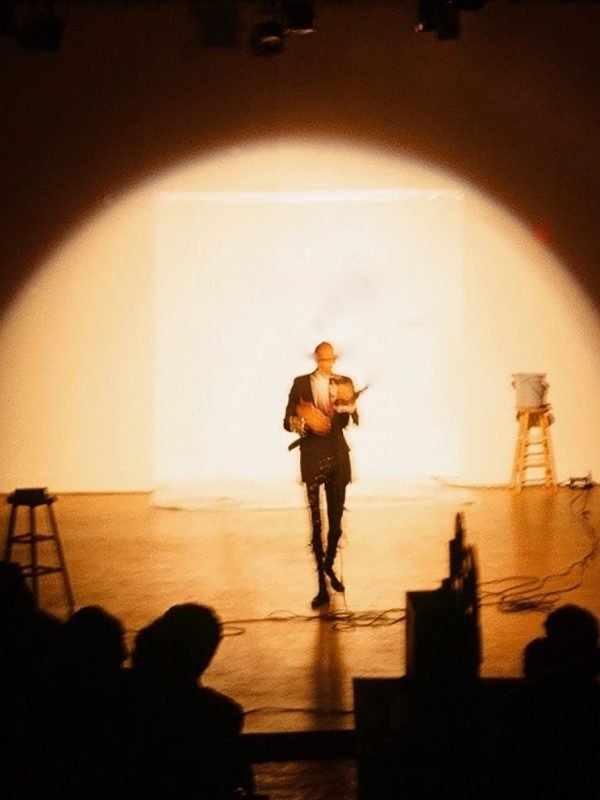 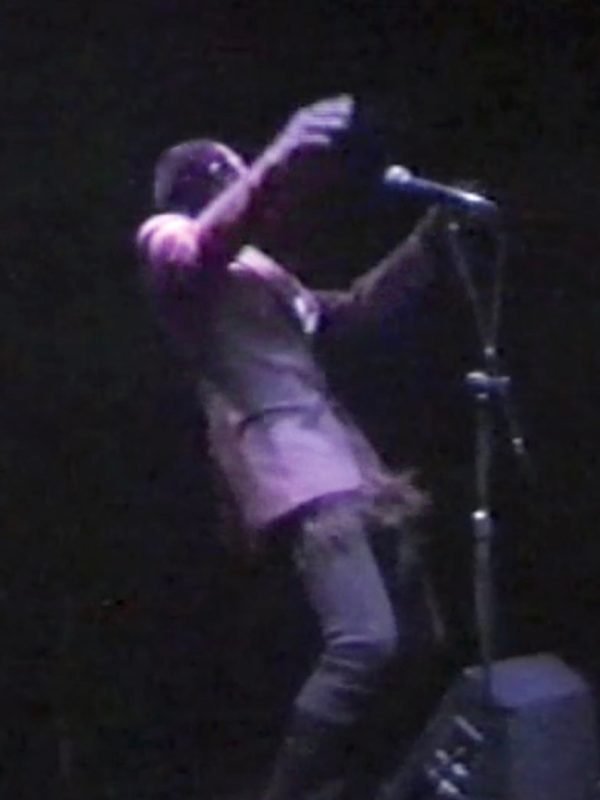 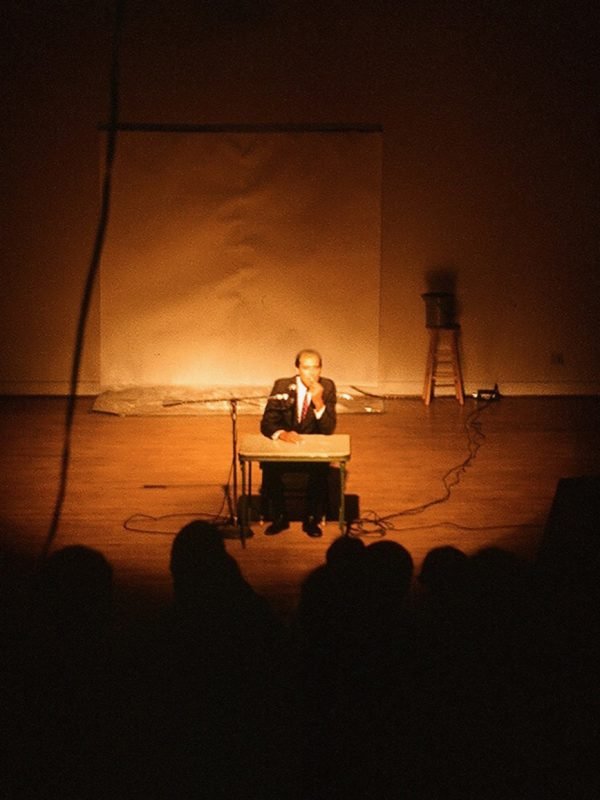 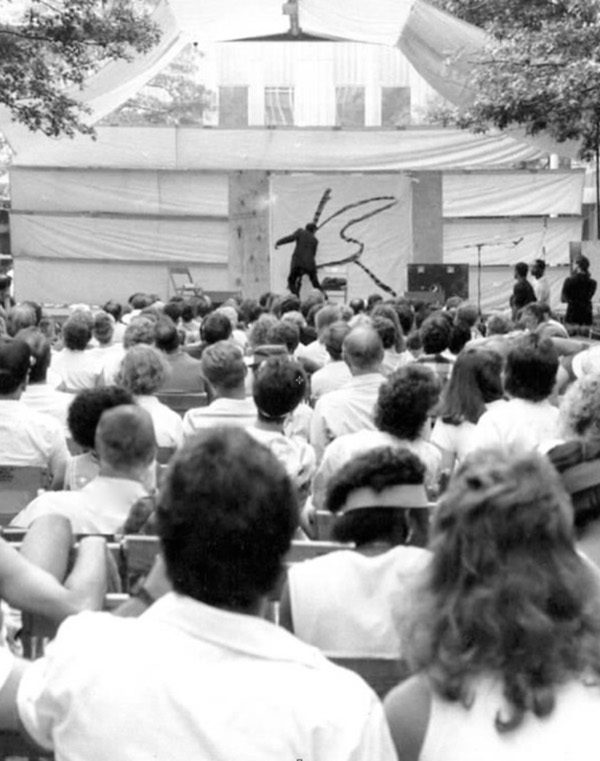 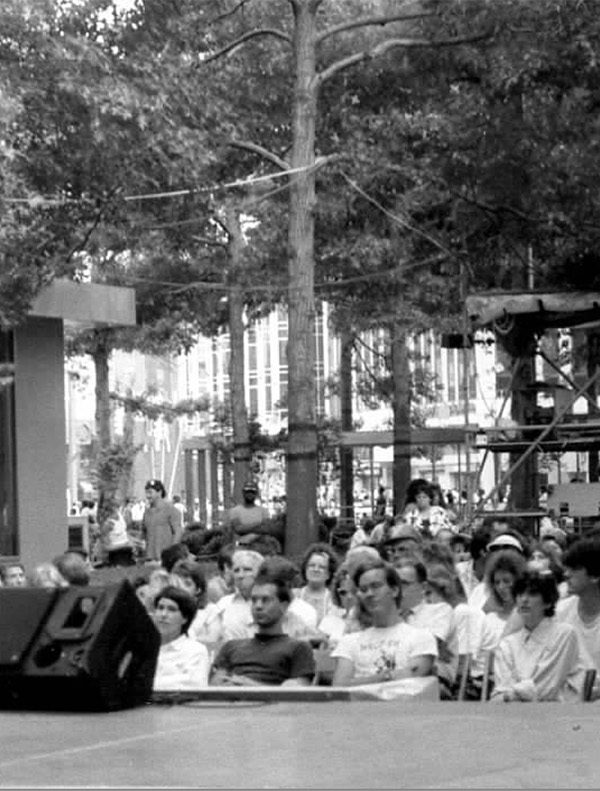 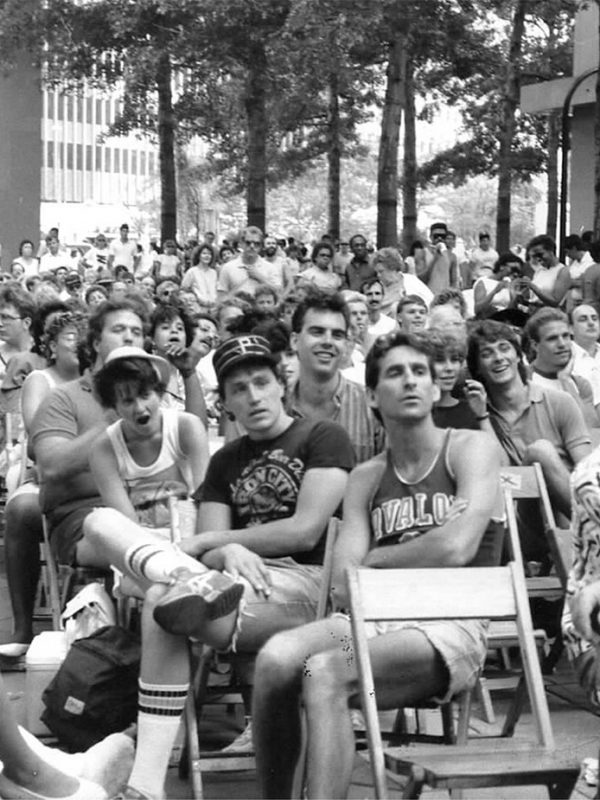 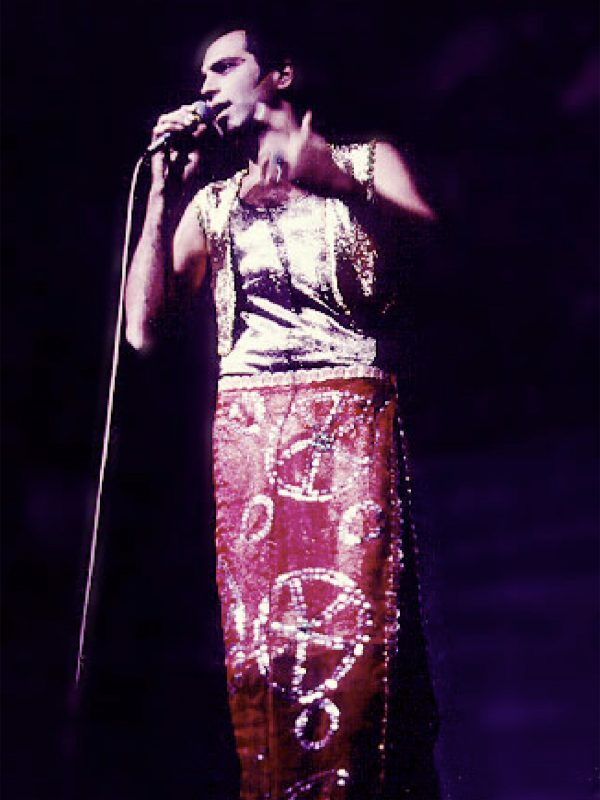 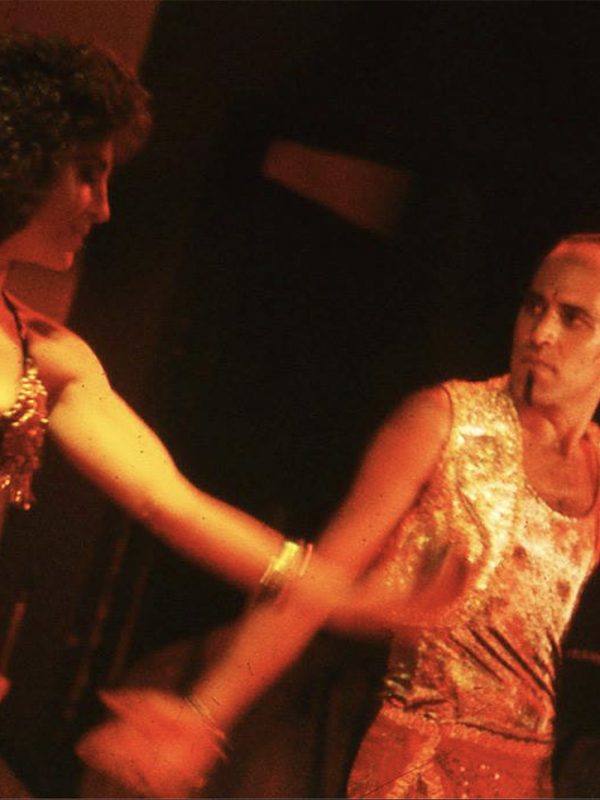 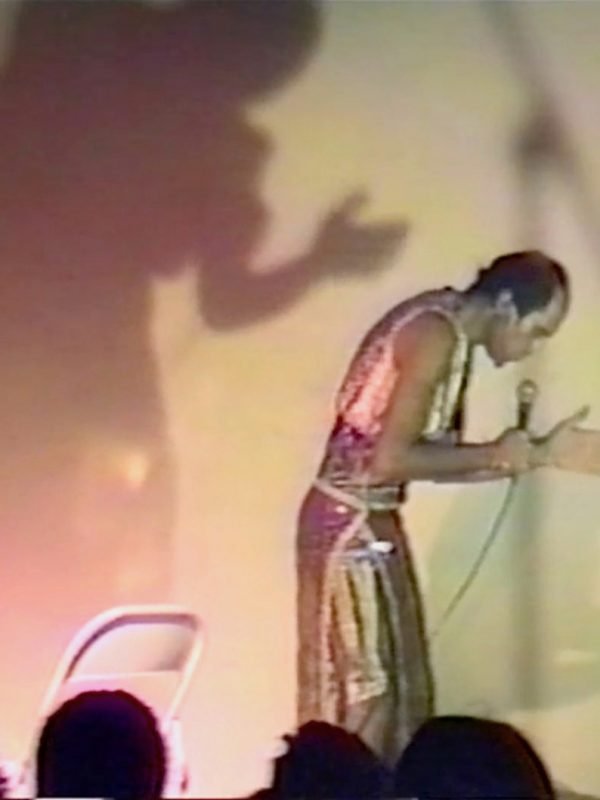 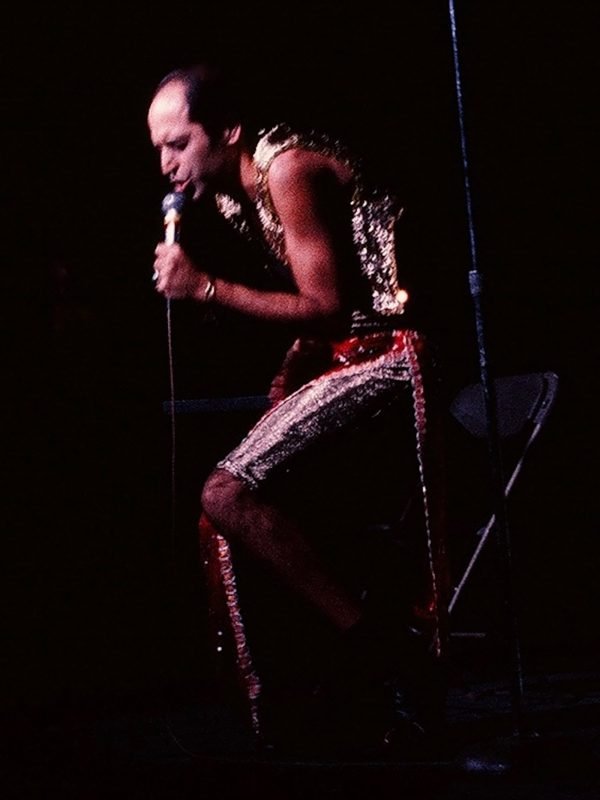 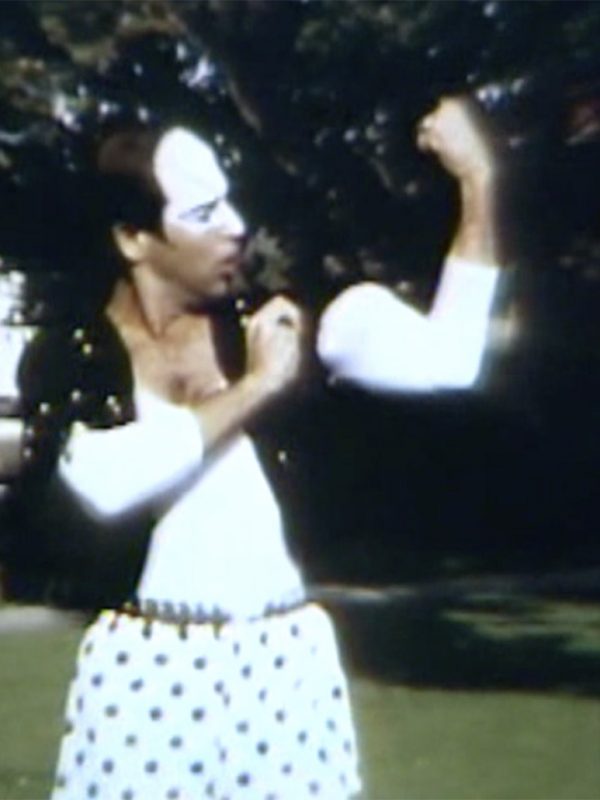 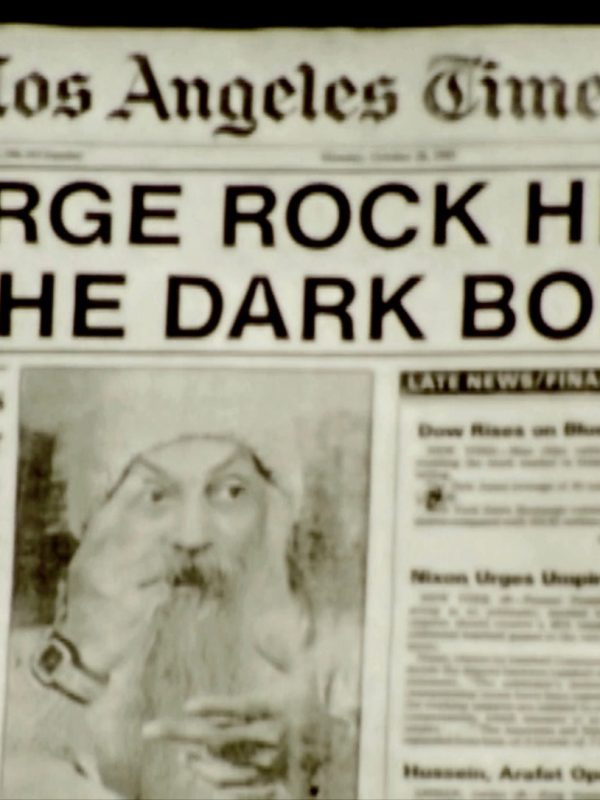 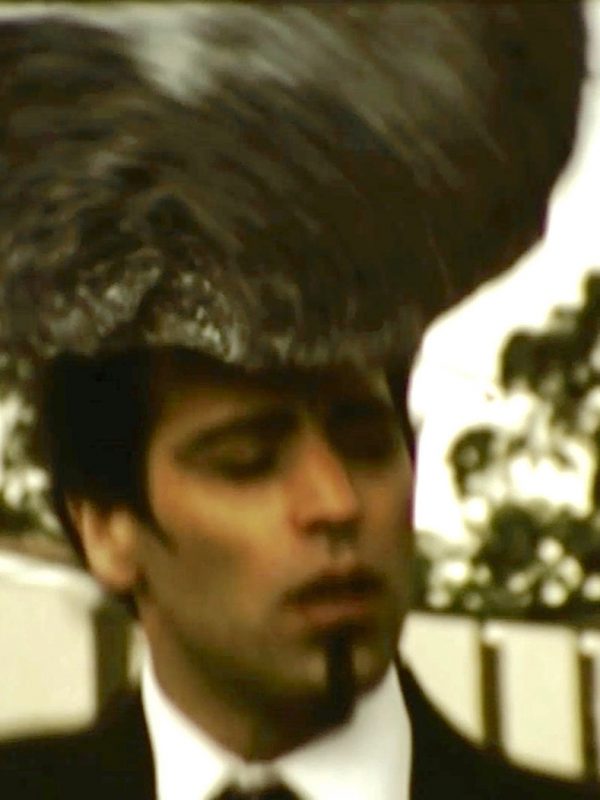 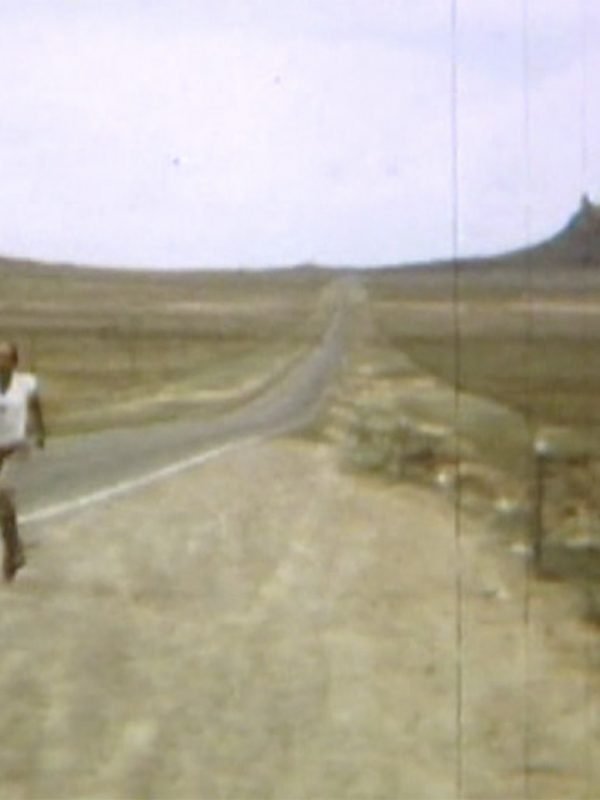 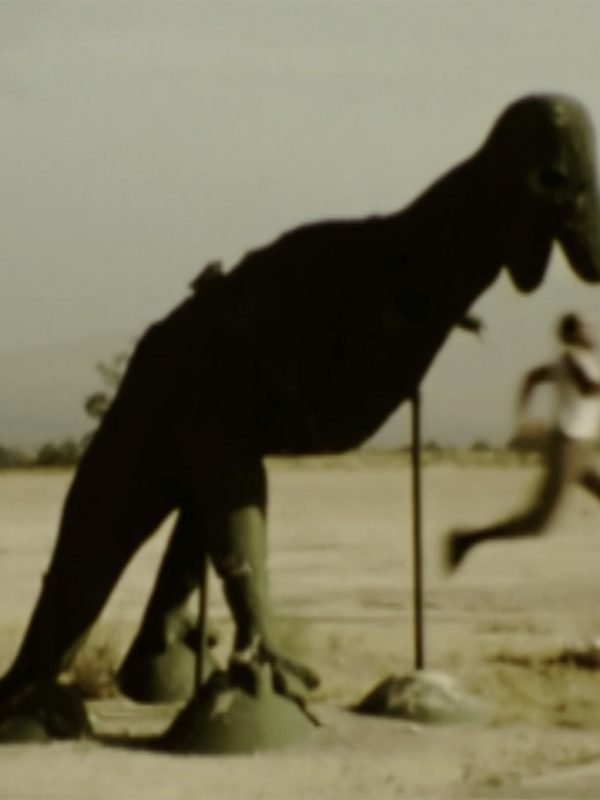 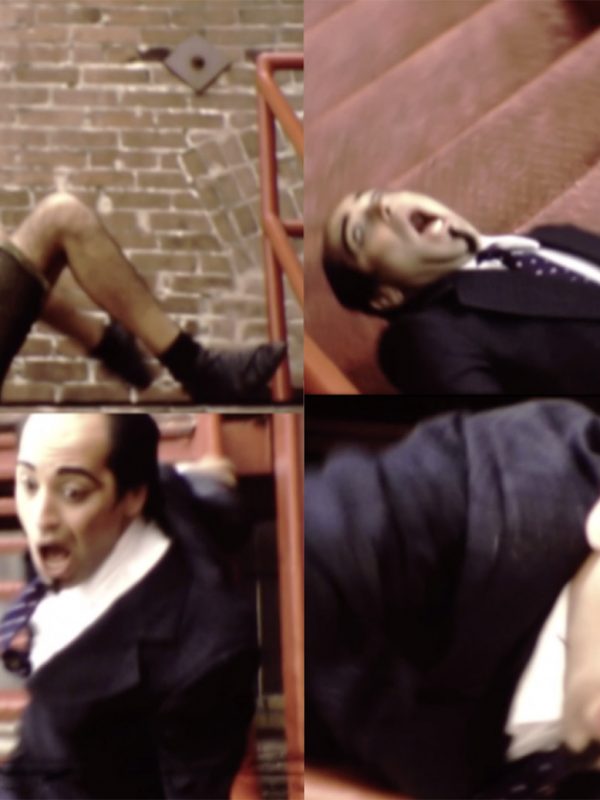 On the set with Pee Wee and The Dark Bob 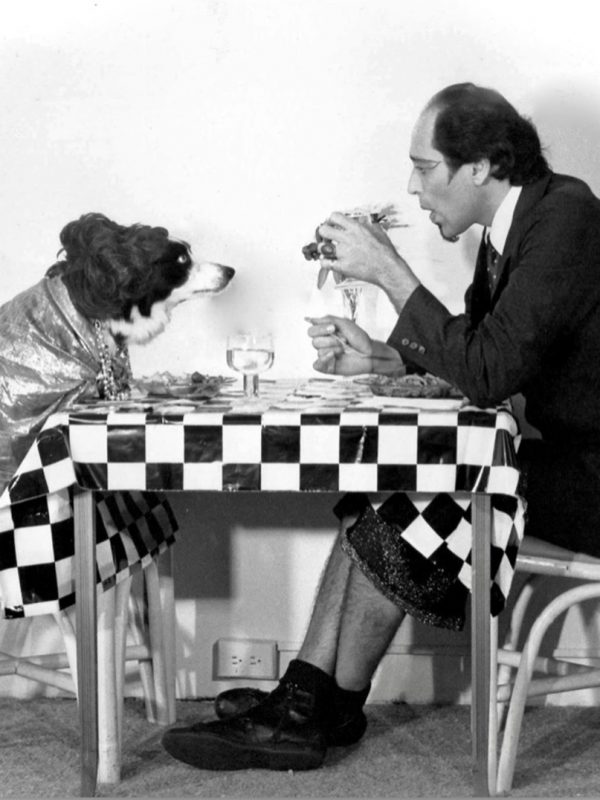 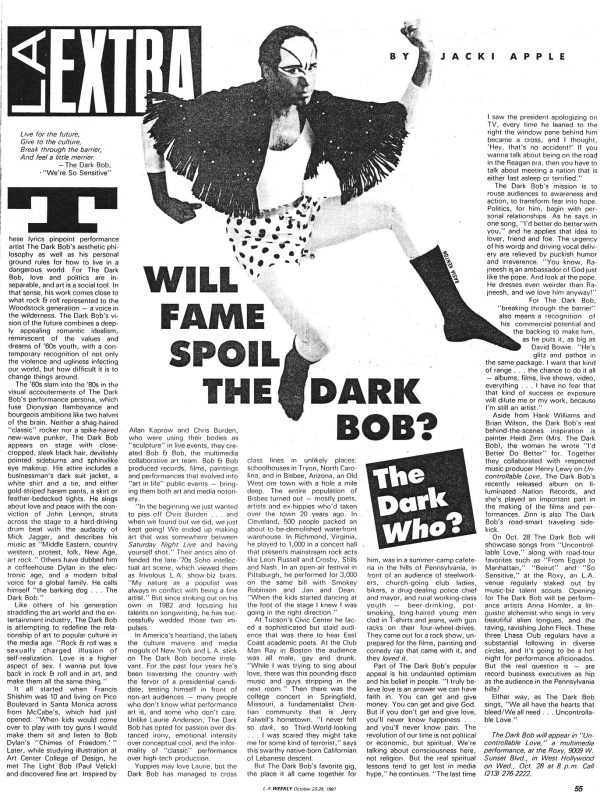 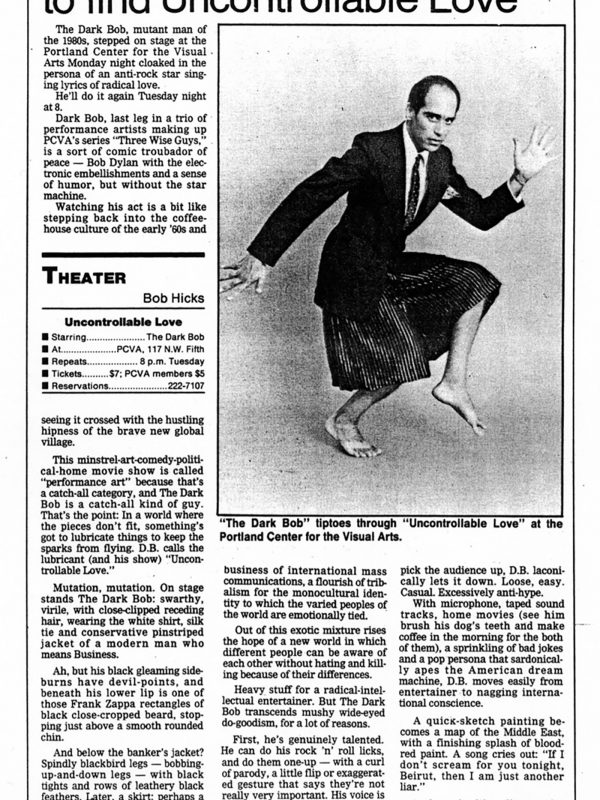 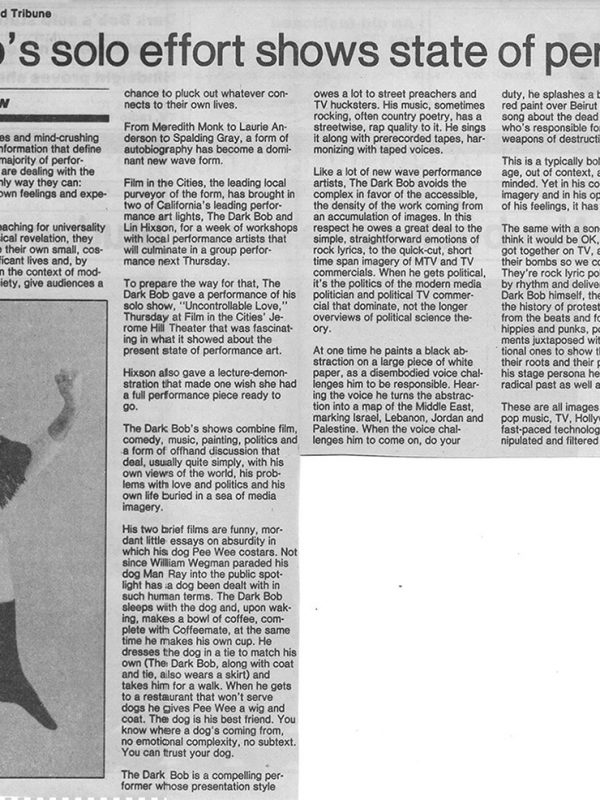 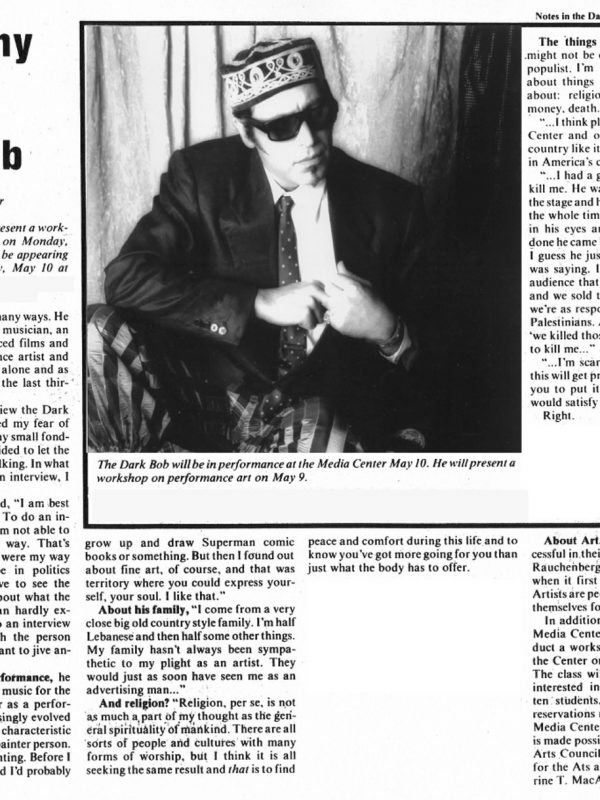 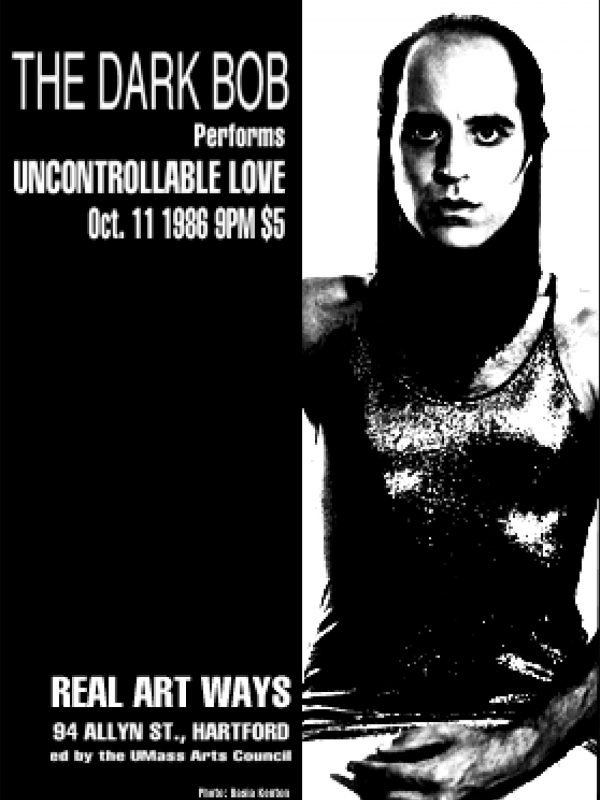 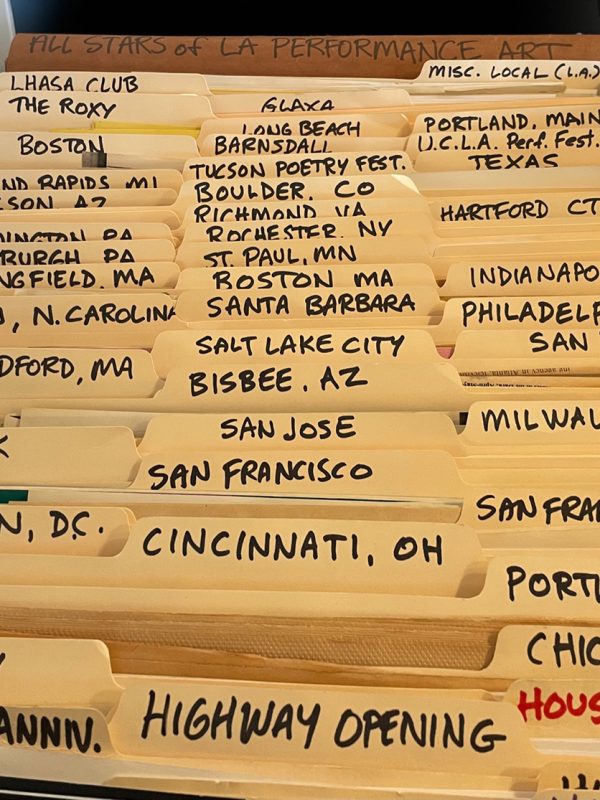 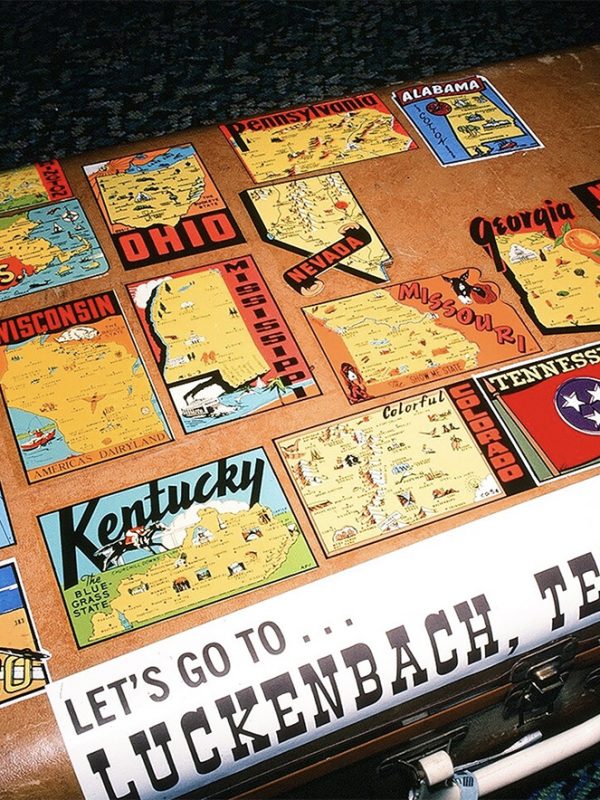 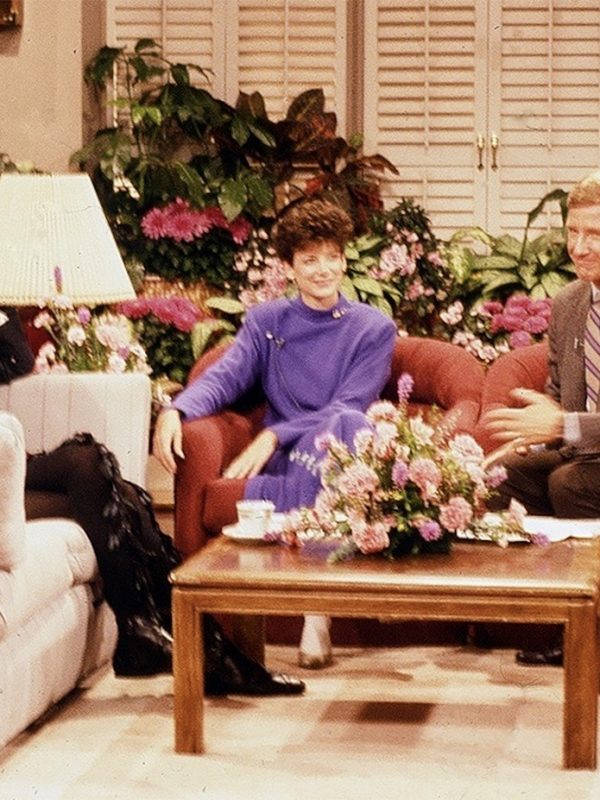 “Inspired by influences diverse as Robert Rauschenberg, Dean Martin and Spiderman, The Dark Bob’s style recalls the pranksterism of Andy Kaufman, the sharp social commentary of the best stand-up comedy and the musical stylings of the incredibly strange variety (think of Esquivel, Elvis and Ennio Morricone turned inside out).”
– Denise Sullivan, author, music critic, The San Francisco Examiner

“The Dark Bob is a compelling performer. He has an open sensibility with a neat sense of the ironic, the witty and the lunatic. That’s apparently what it takes to make it through our times.”
– Mike Steele, Minneapolis Star and Tribune

“The Dark Bob, mutant man, stepped on stage cloaked in the persona of an anti-rock star singing lyrics of radical love. Watching his act is a bit like stepping back into the coffeehouse culture of the early 60’s and seeing it crossed with the hustling hipness of the brave new global village. With a pop persona that sardonically apes the American dream machine, DB moves easily from entertainer to nagging international conscience. It’s heavy stuff for a radical entertainer, but The Dark Bob transcends mushy wide-eyed do goodism, for a lot of reasons.”
– Bob Hicks, The Oregonian, Portland

THE UNTOLD ORIGIN of THE SUPER THE DARK BOB

UNCONTROLLABLE LOVE was performed at the following venues. Group shows and collaborations are indicated in parenthesis.

BOULDER CENTER FOR THE VISUAL ARTS, Boulder, CO. Concerning the Spiritual in Art

MAINE FESTIVAL, Portland, ME  (with John Prine, Richie Havens and The Roches)