1983 through 1986. The word “Parfectijed” is The Dark Bob’s mispronunciation of the Dutch term "Prestatietijd" which means “performance time”. "Parfectijed (For Everyone)" was a one-man performance combining song, dance, film, live painting, comedy and storytelling. Scroll down for VIDEO. 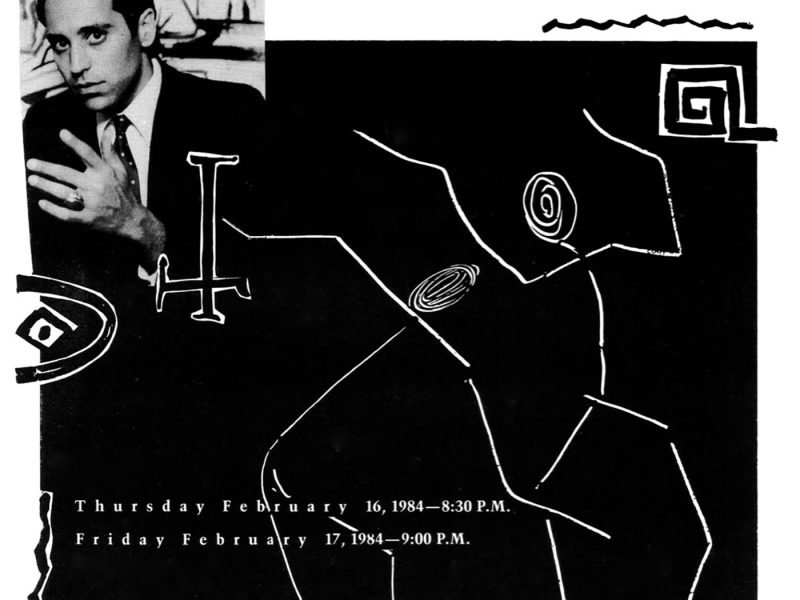 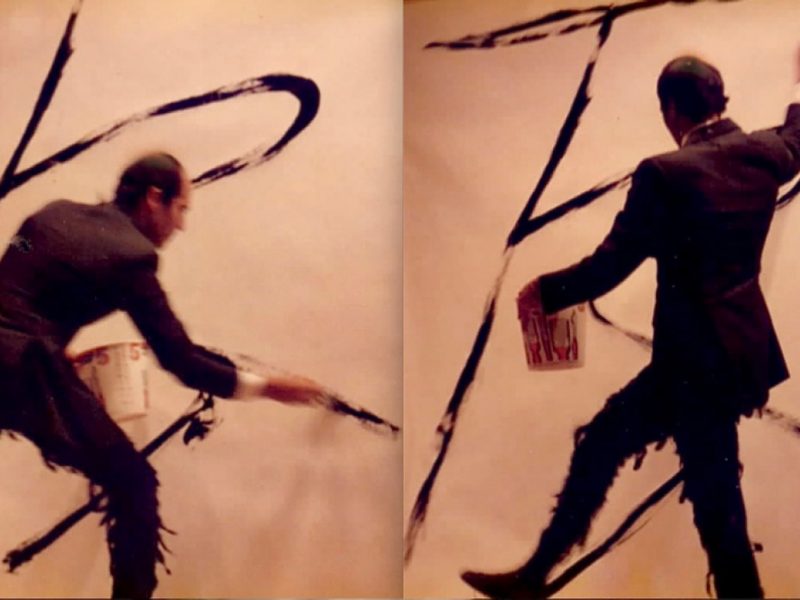 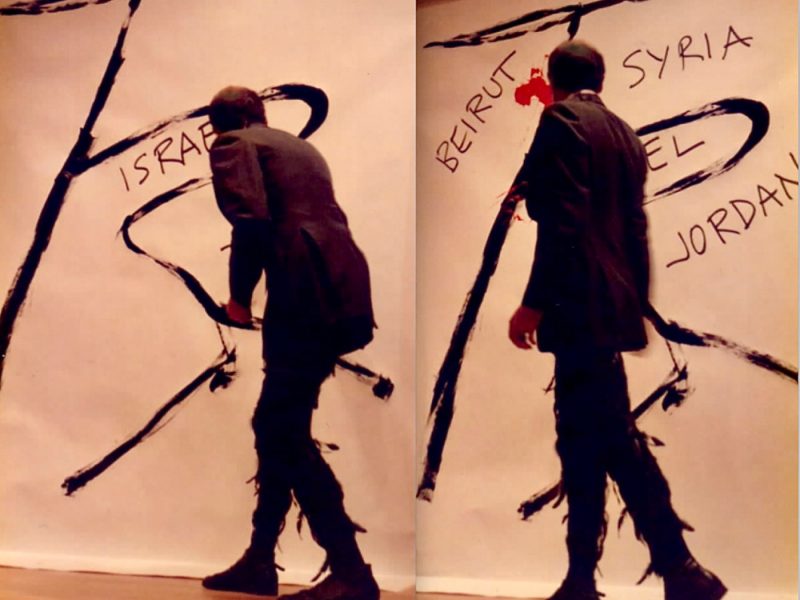 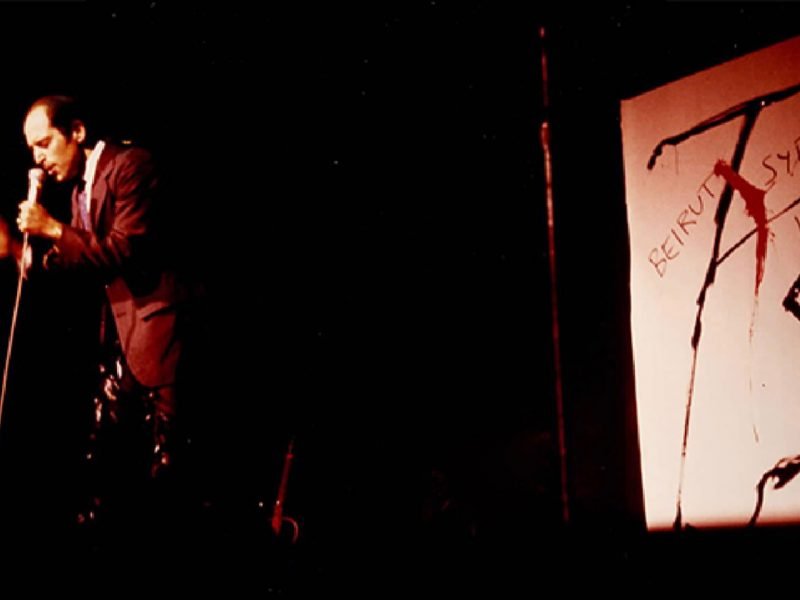 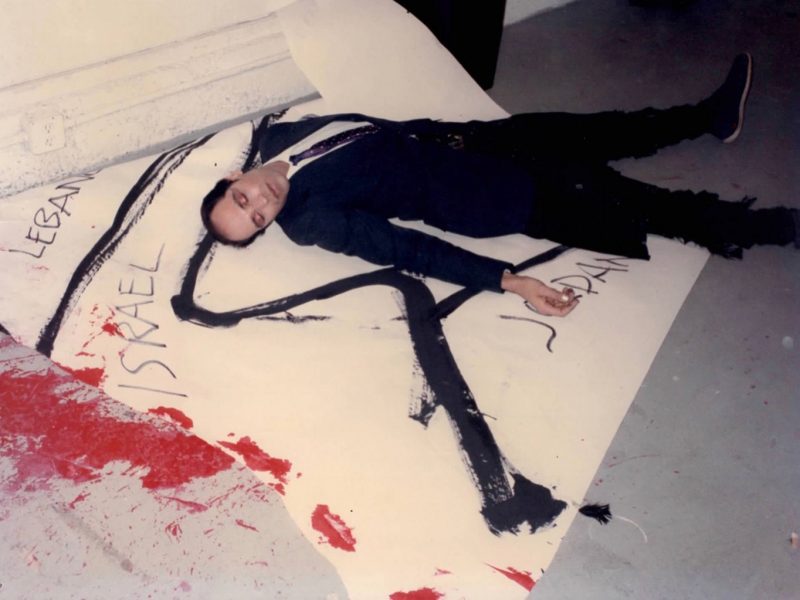 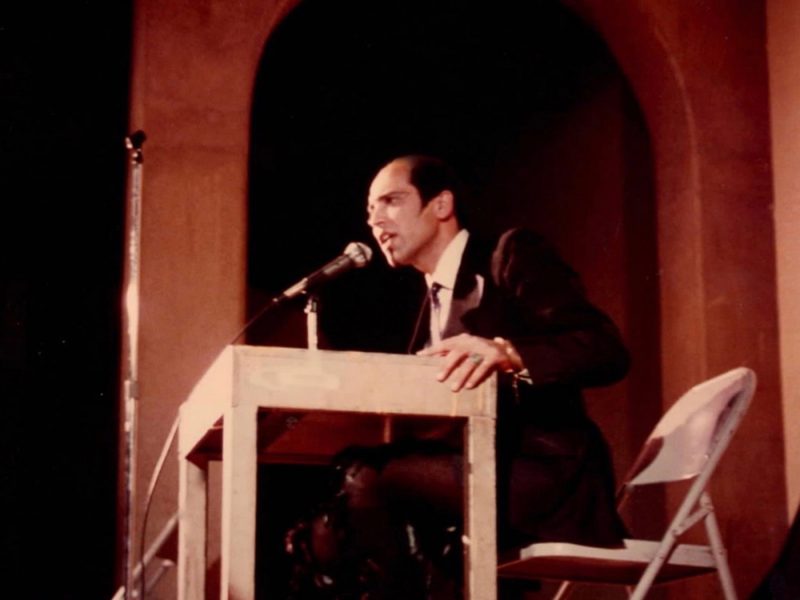 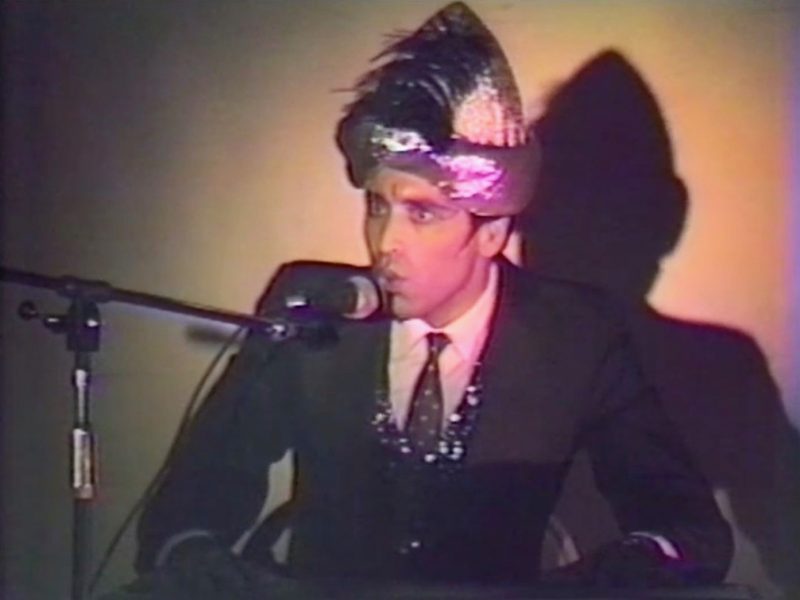 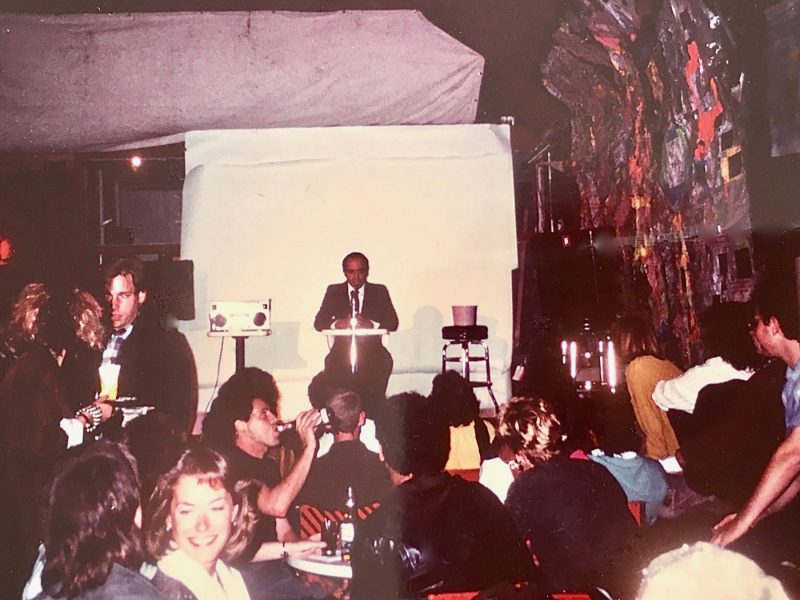 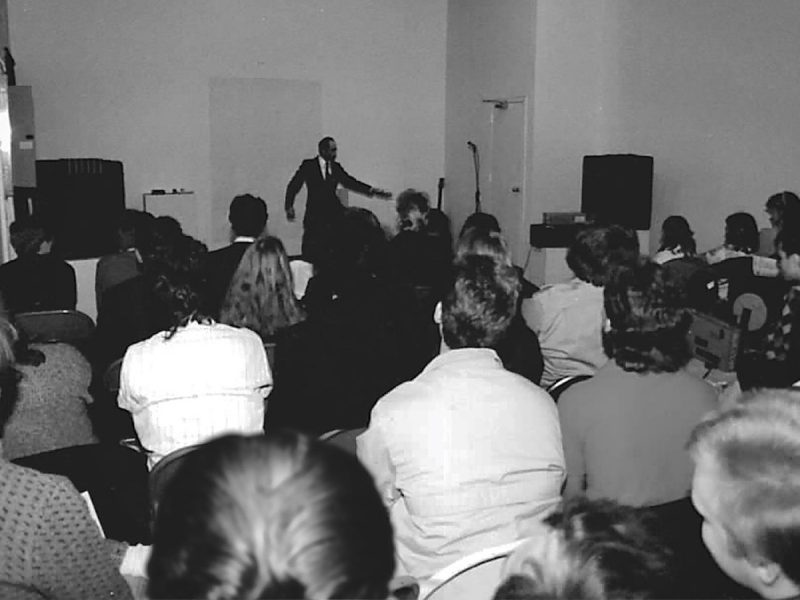 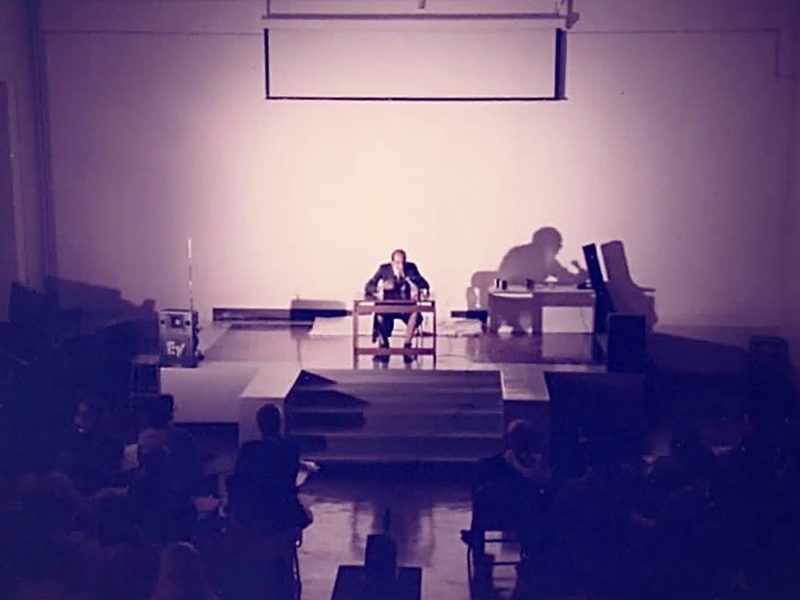 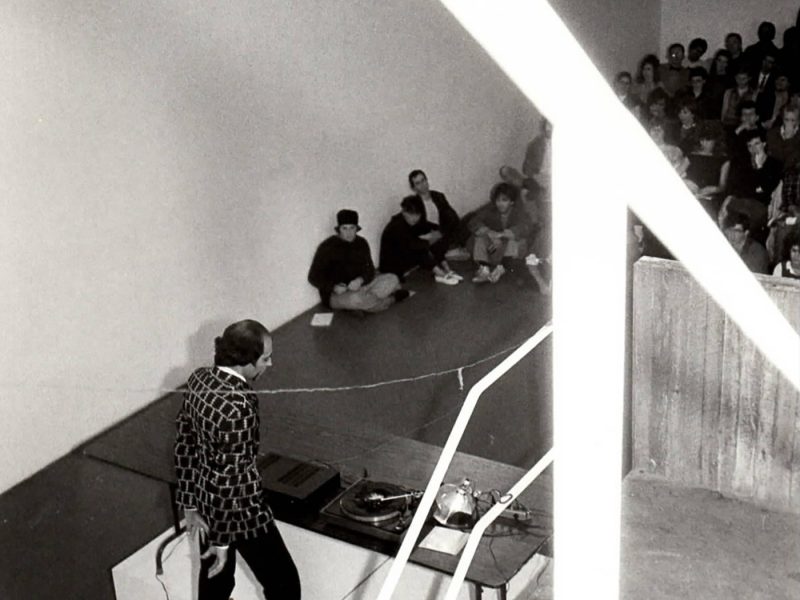 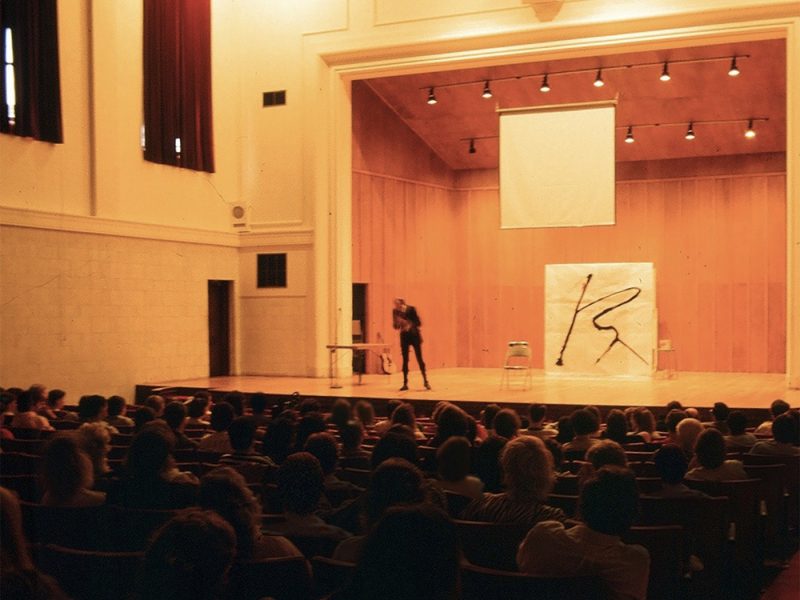 Portland Center for the Visual Arts 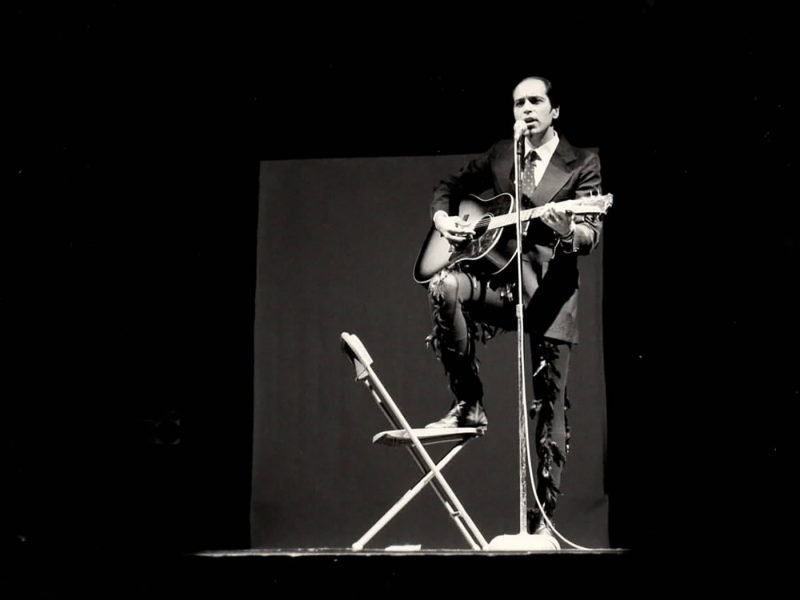 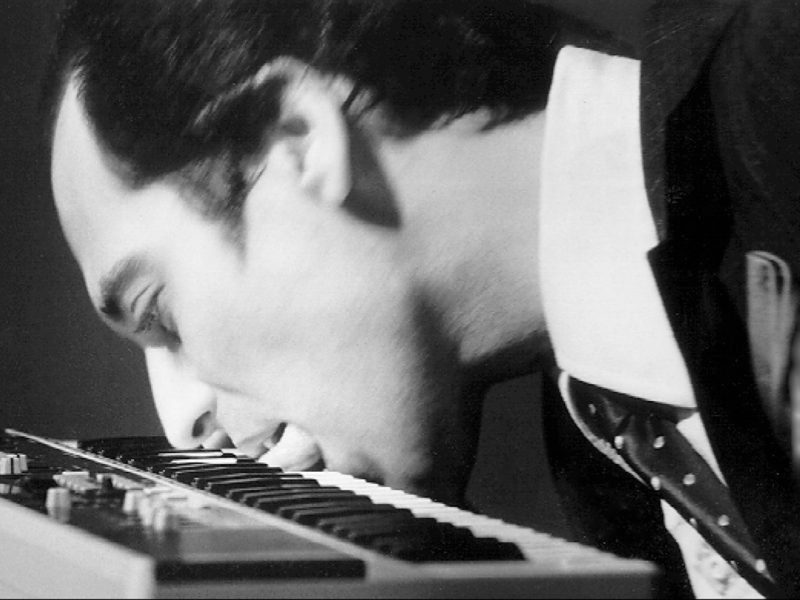 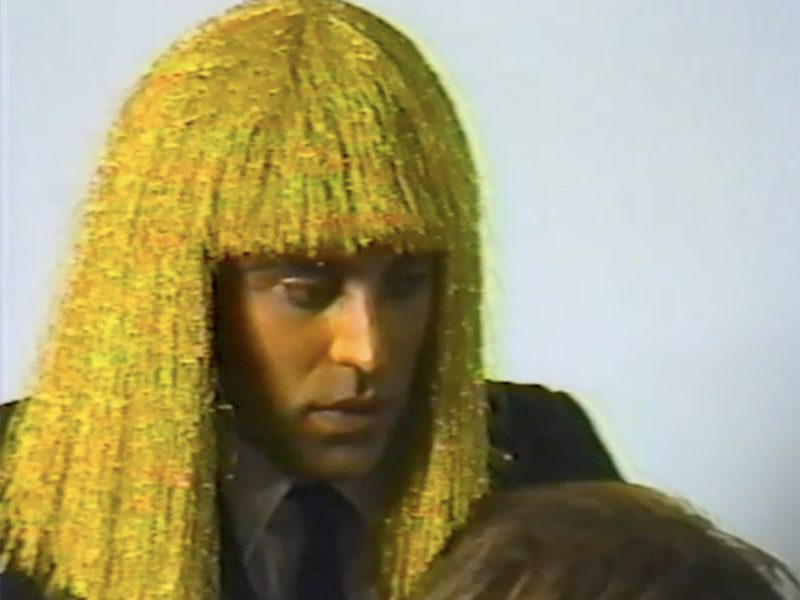 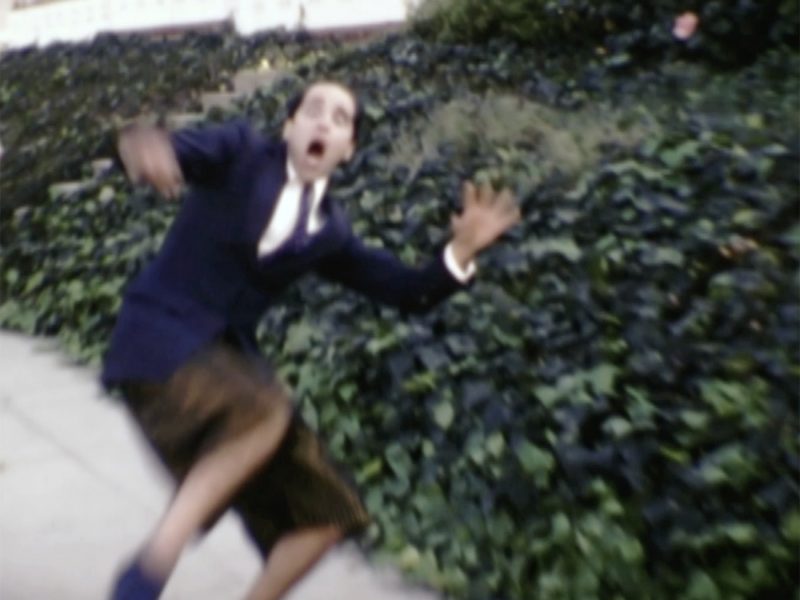 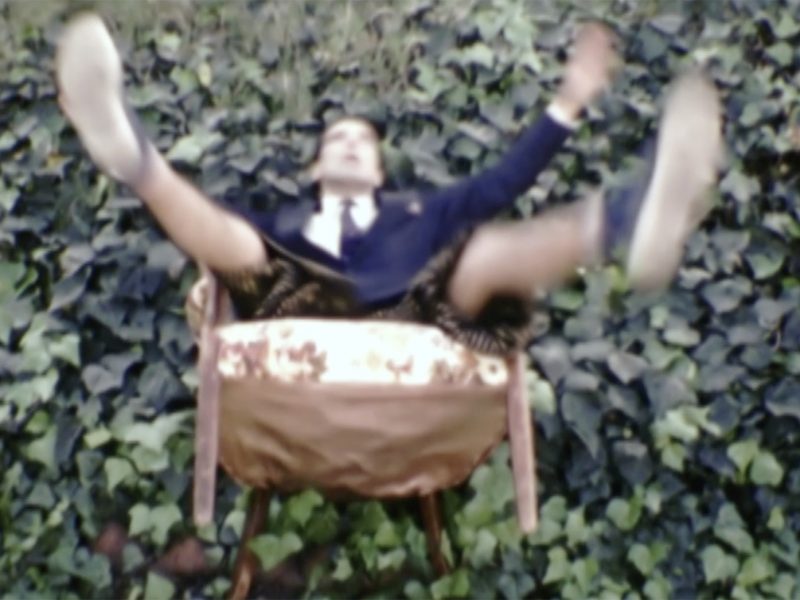 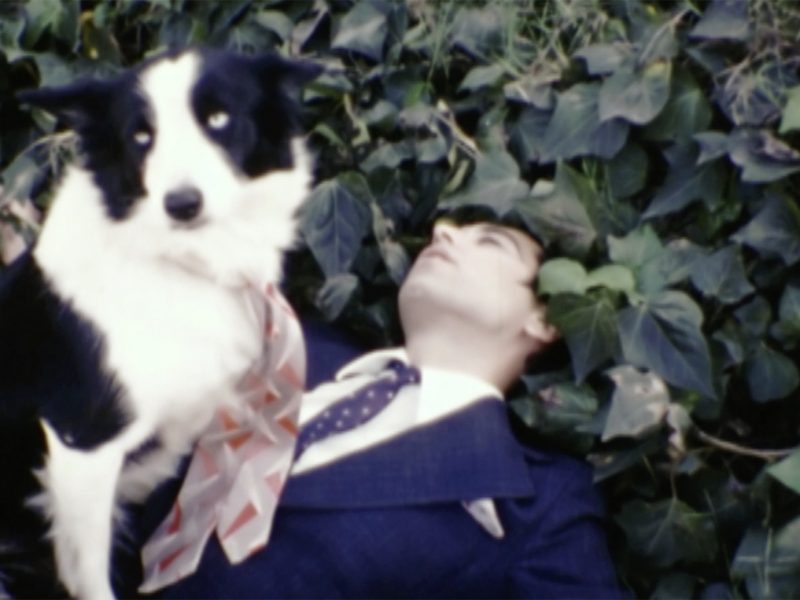 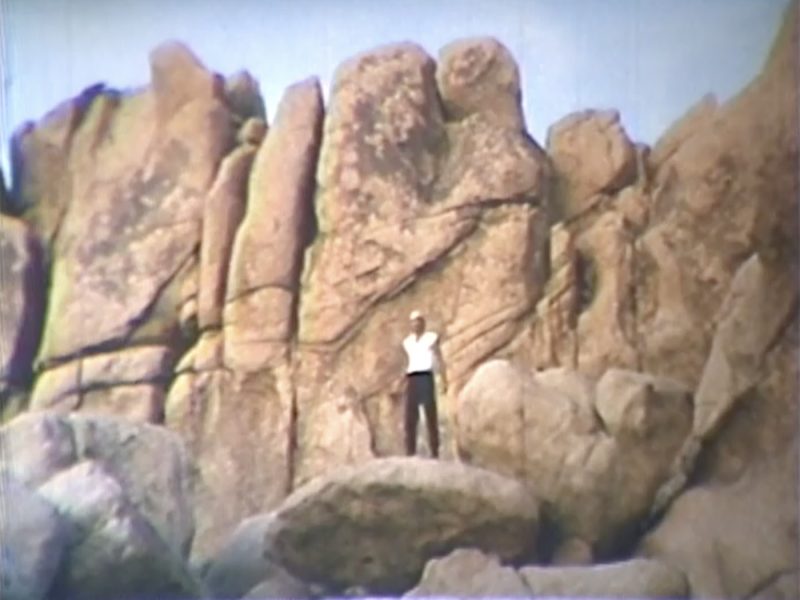 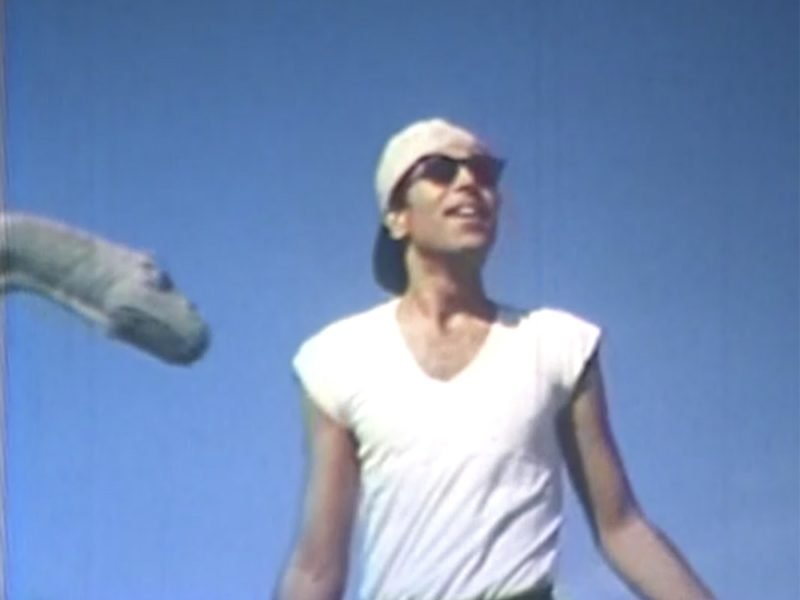 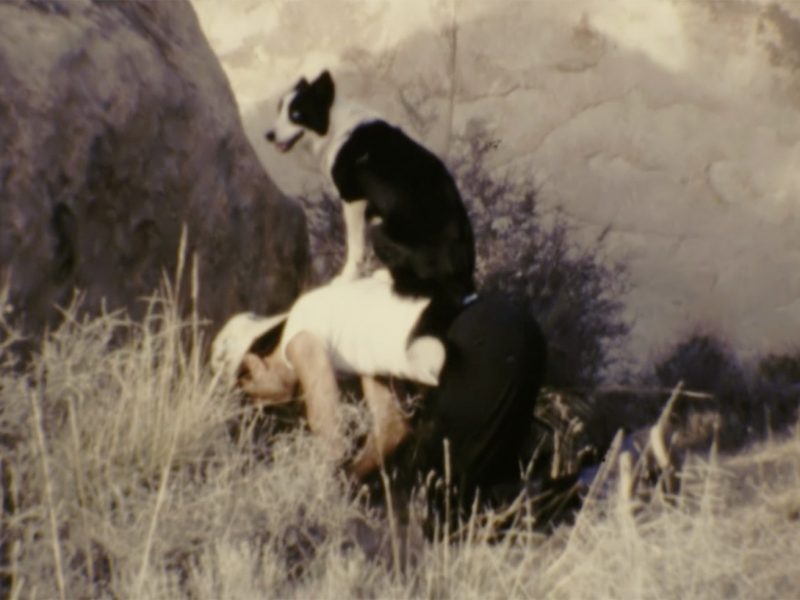 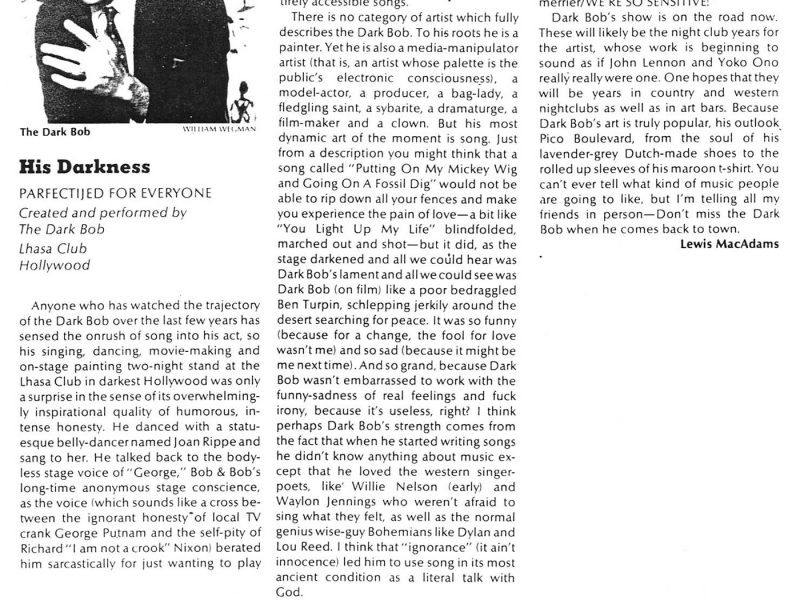 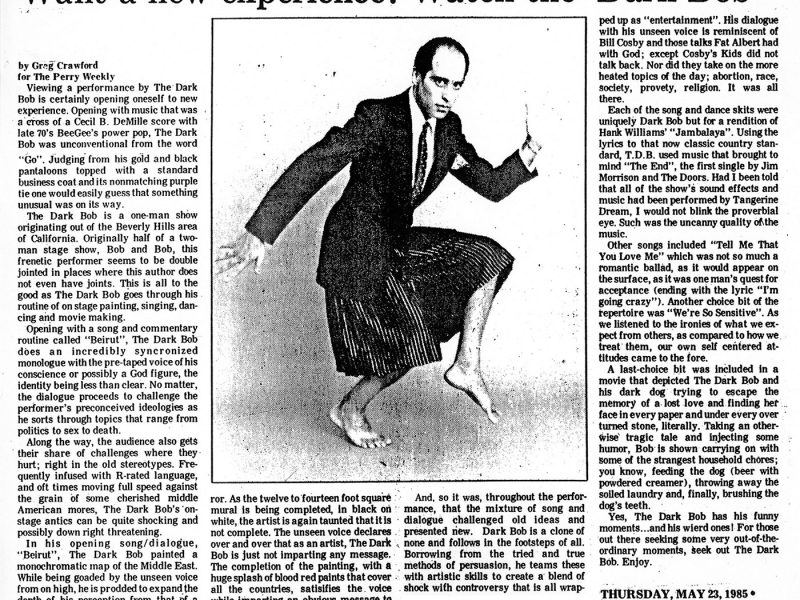 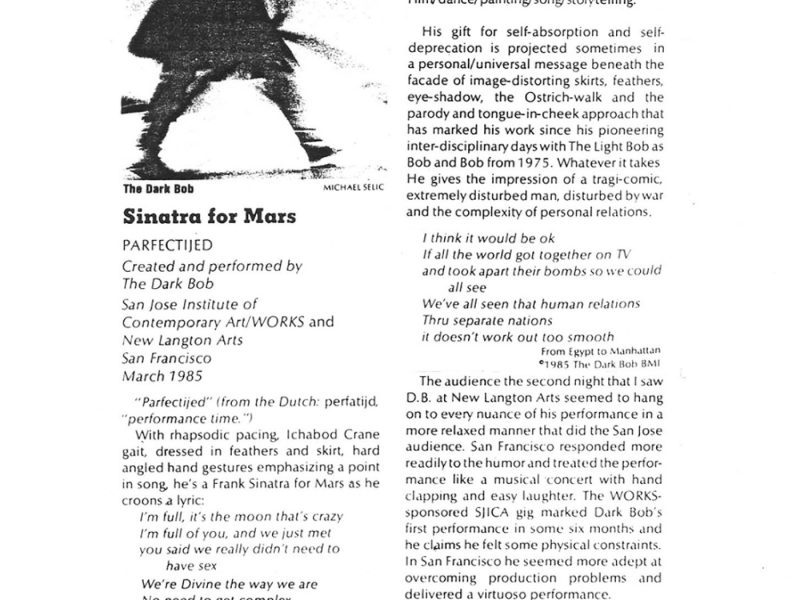 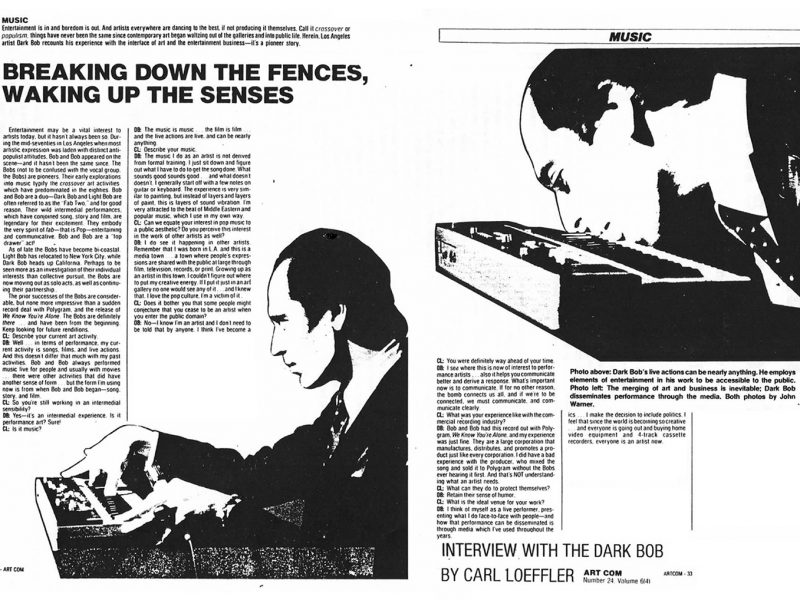 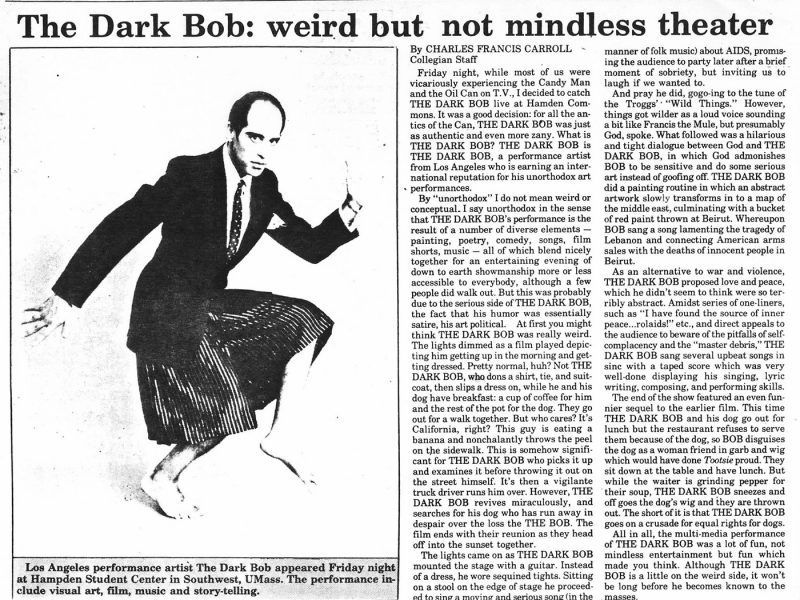 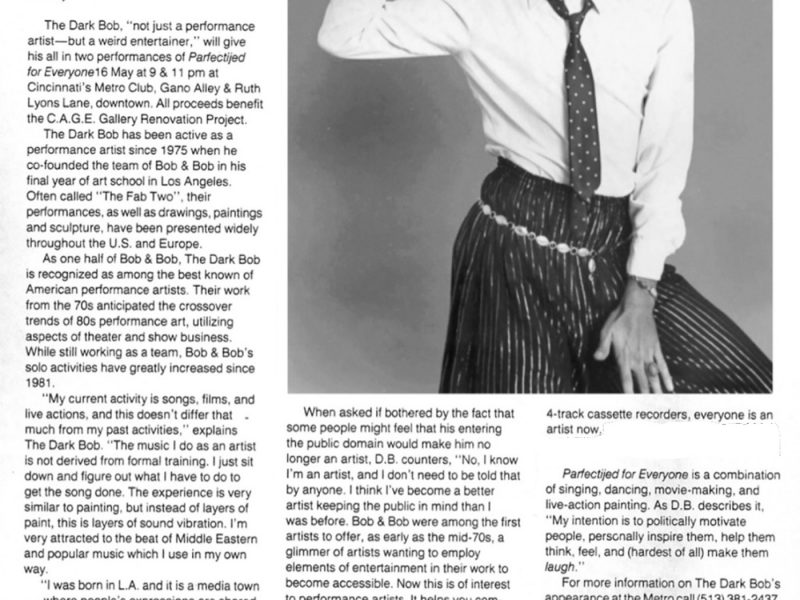 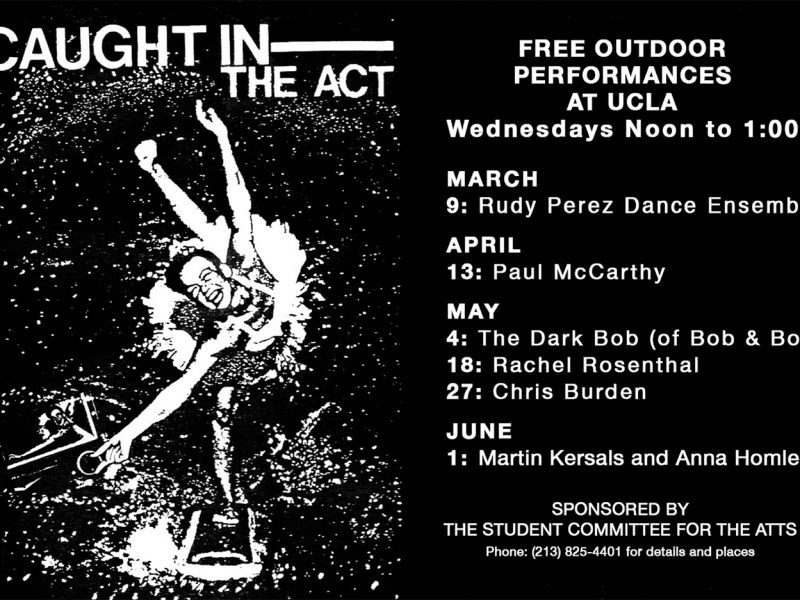 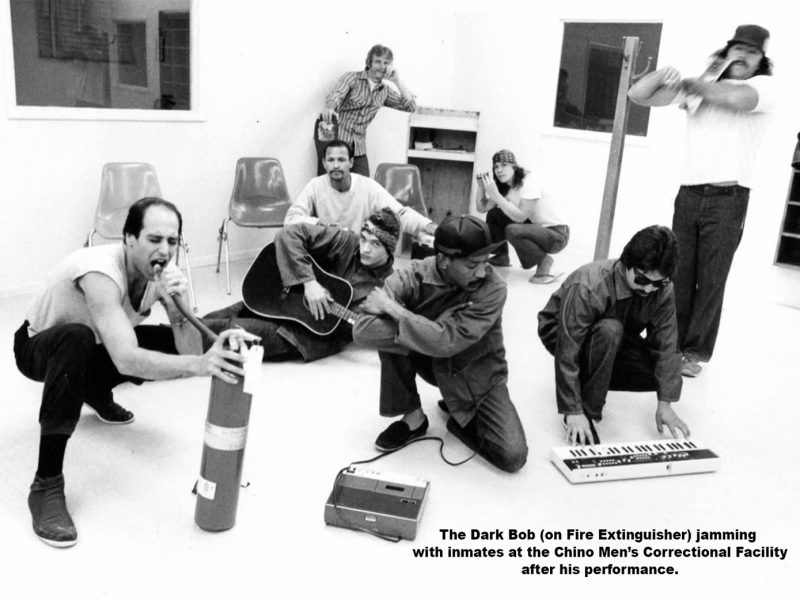 “There is no category of artist, which fully describes the Dark Bob. To his roots he is a painter. Yet he is also a media-manipulator; an artist whose palette is the public’s electronic consciousness, a model-actor, a producer, a bag-lady, a fledgling saint, a sybarite, a dramaturge, a filmmaker and a clown. His two-night stand in darkest Hollywood was only a surprise in the sense of its overwhelmingly inspirational quality of humorous, intense honesty.”
– Lewis MacAdams, High Performance Magazine

“To describe The Dark Bob as an artist or an entertainer doesn’t begin to tell the story of what he does, but it will do as a beginning. A freewheeling combination of Will Rogers, Marcel Duchamp and David Bowie, The Dark Bob embraces pop culture at the same time that he parodies it.”
– Kristine McKenna, author, critic

“Moving full speed against the grain of some cherished middle-American mores…The Dark Bob’s on stage antics can be quite shocking and down right threatening. He is a clone of none and follows in the footsteps of all… to create a blend of shock with controversy that is all wrapped up as entertainment.”
– Greg Crawford, Philadelphia Tribune, The Perry Weekly

THOUGHT ABOUT YOU, one of three movie segments shown as part of the performance Parfectijed (for Everyone)

A DAY AND A NIGHT IN THE LIFE AND THE DEATH

PARFECTIJED (FOR EVERYONE) was performed at the following venues.
Group shows and collaborations are indicated in parenthesis.

THE MARK TAPER FORUM and the MUSEUM OF CONTEMPORARY ART, Los Angeles, CA. KabbaLAmobile, (a commissioned collaboration with Rachel Rosenthal)

PORTLAND CENTER FOR THE VISUAL ARTS, Portland, OR