1997 through 1999. DANGERTOWN marked The Dark Bob’s return to a one-man, multi-media format consisting of monologues, songs and storytelling. Scroll down for VIDEO. 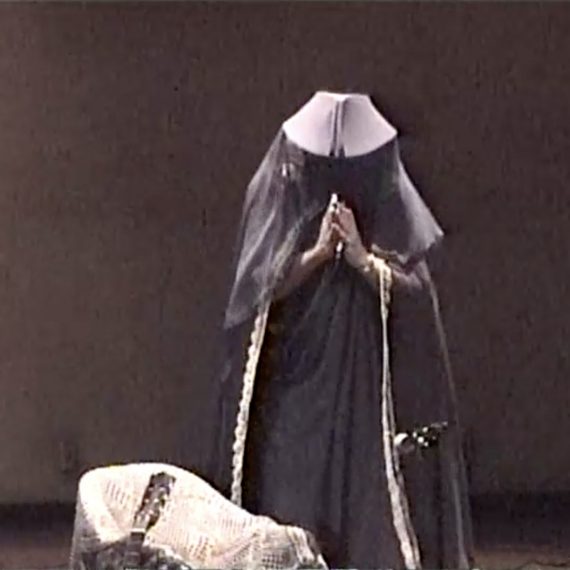 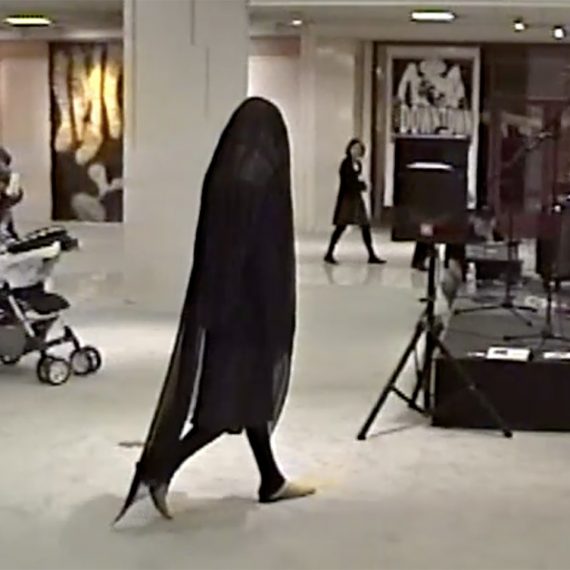 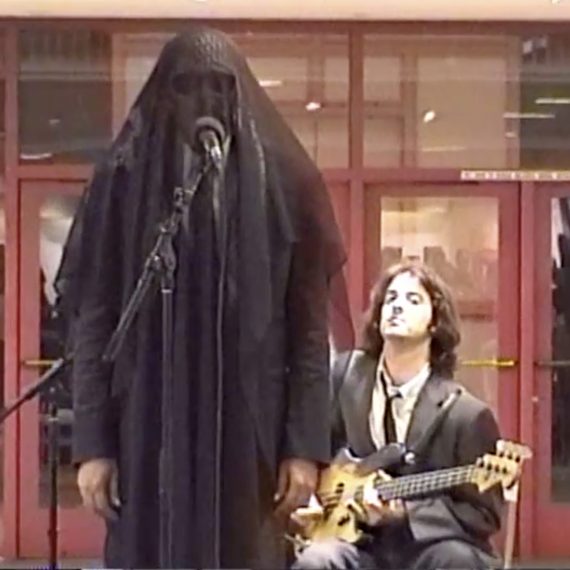 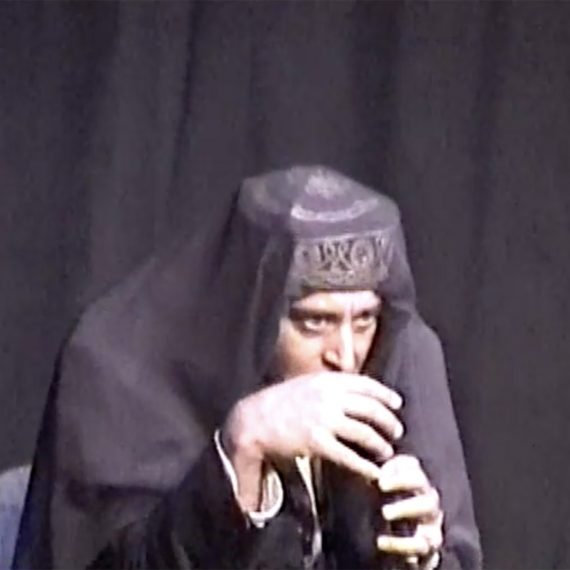 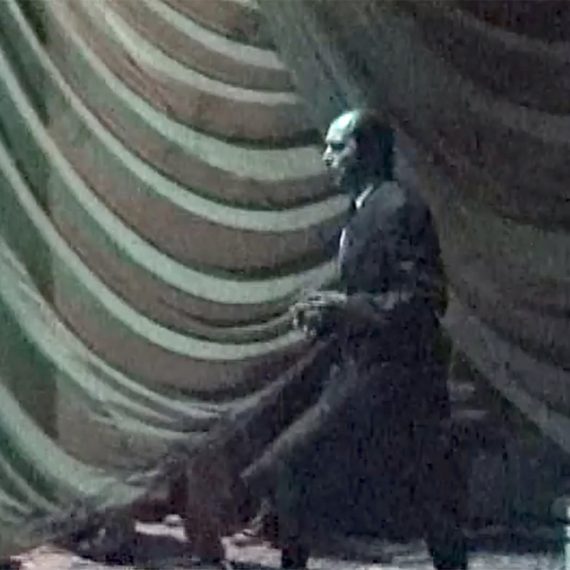 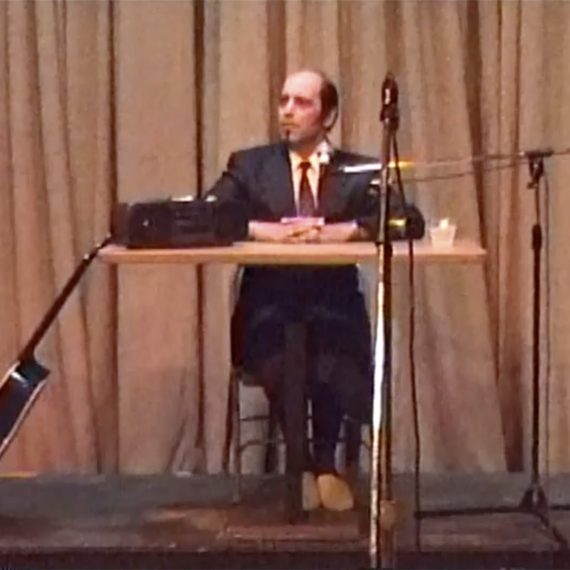 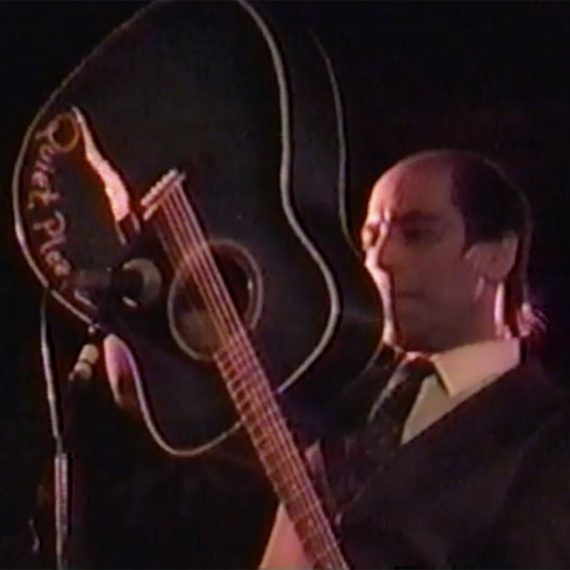 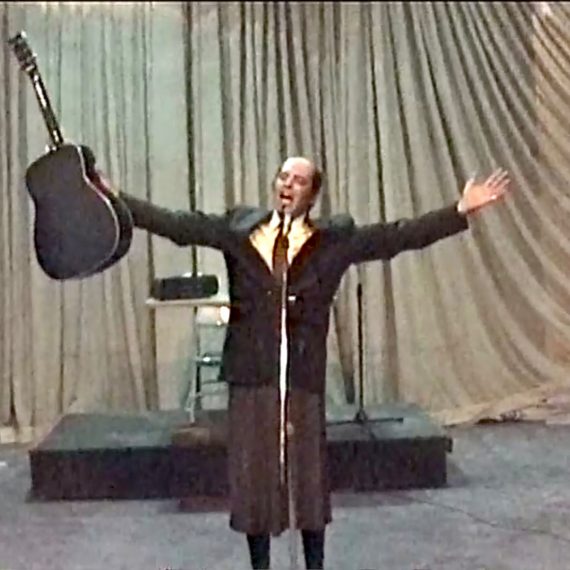 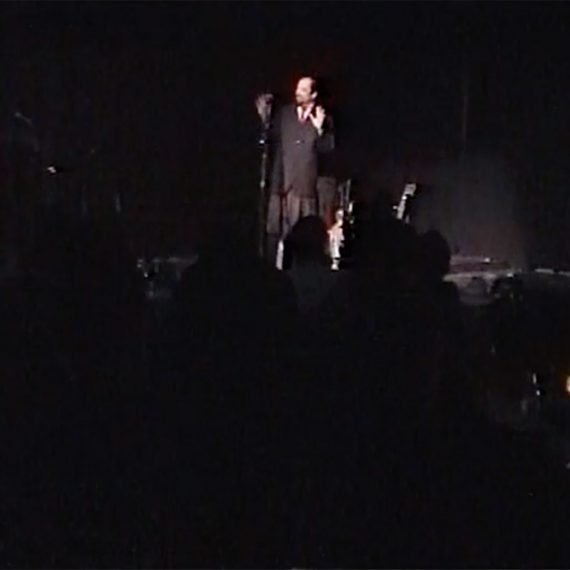 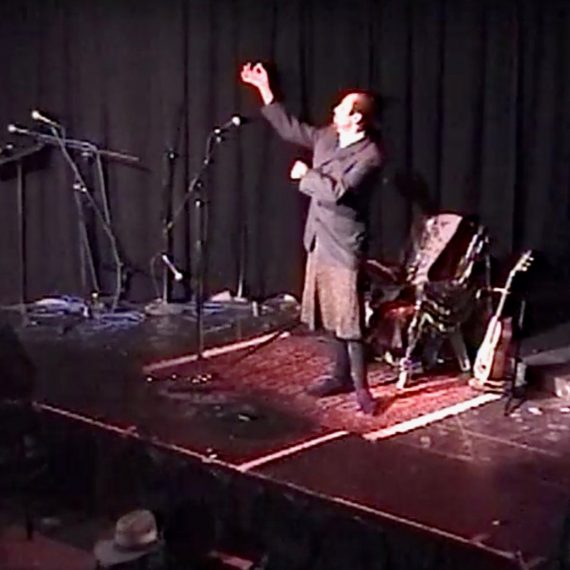 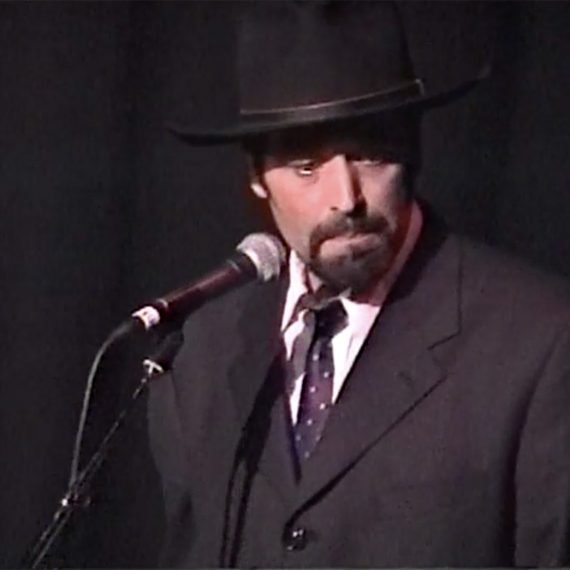 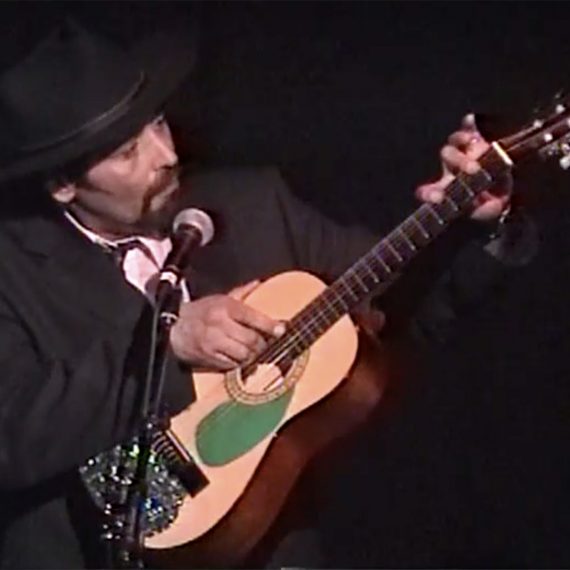 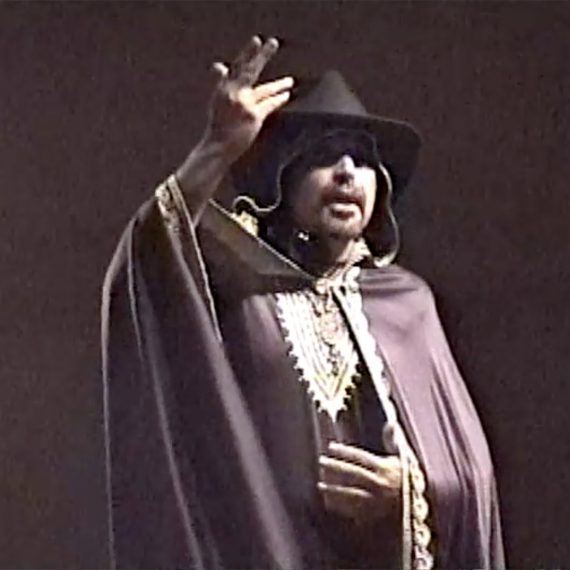 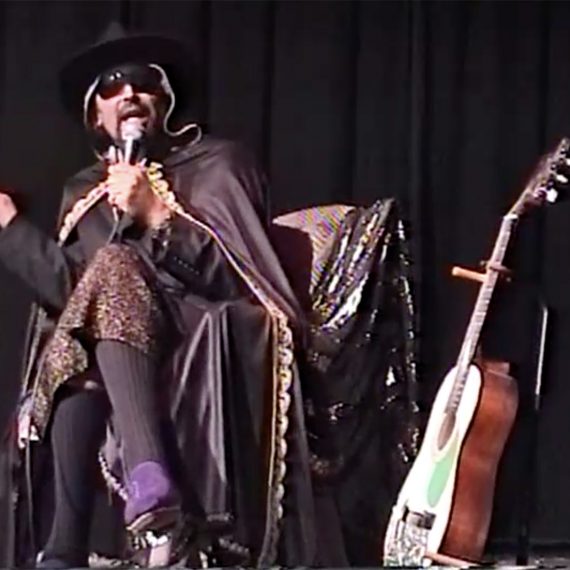 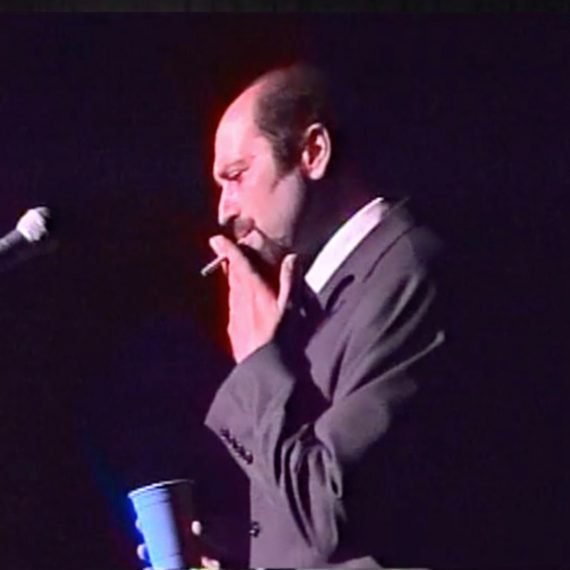 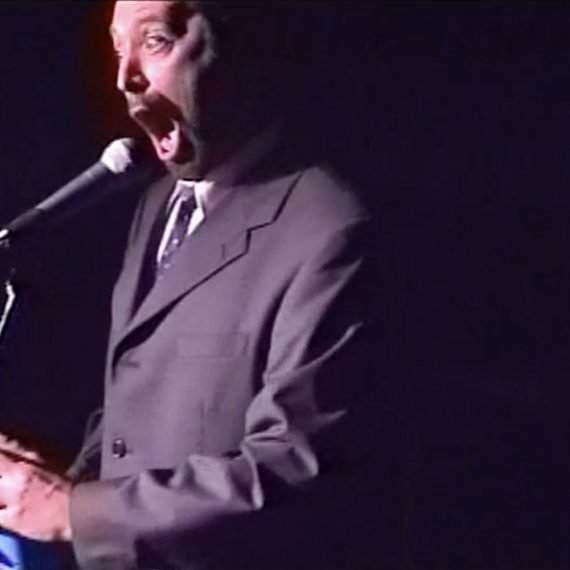 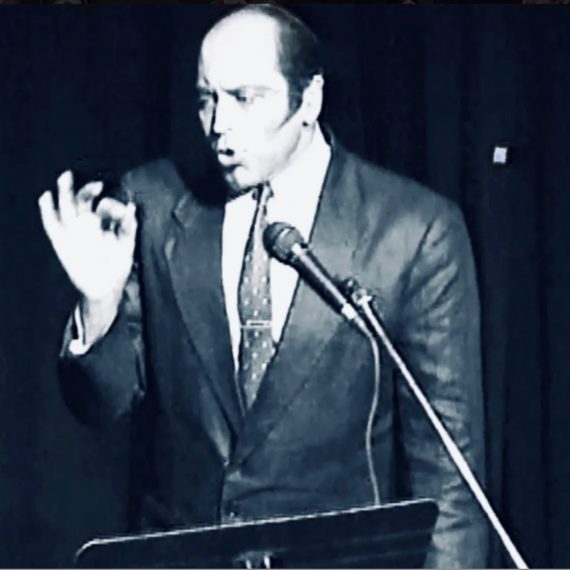 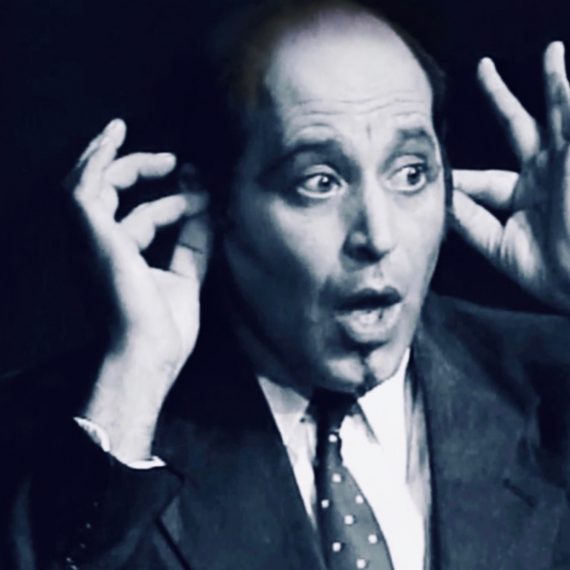 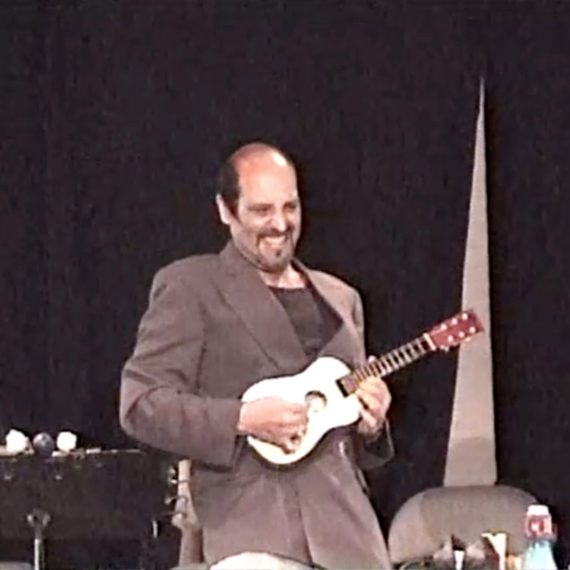 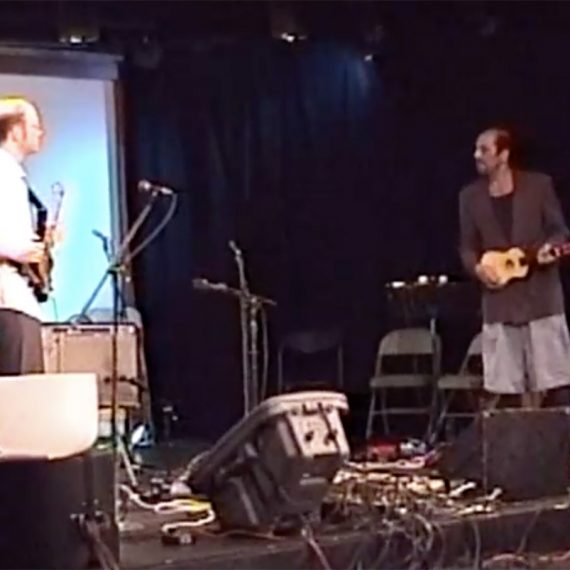 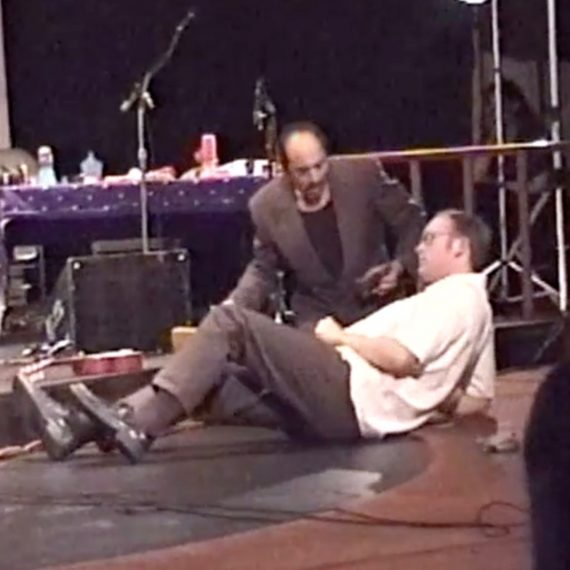 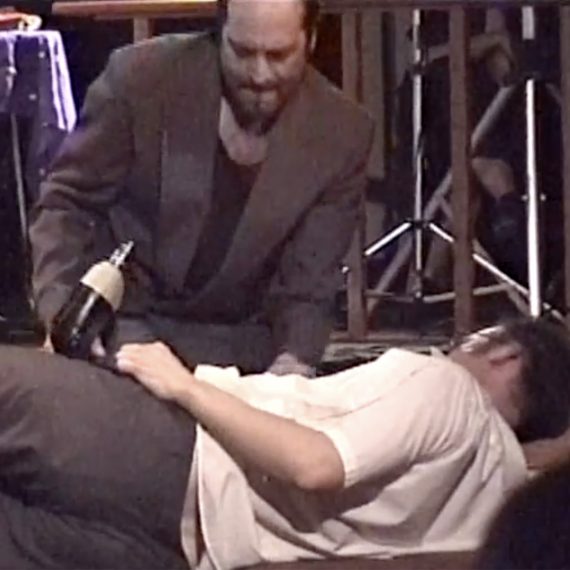 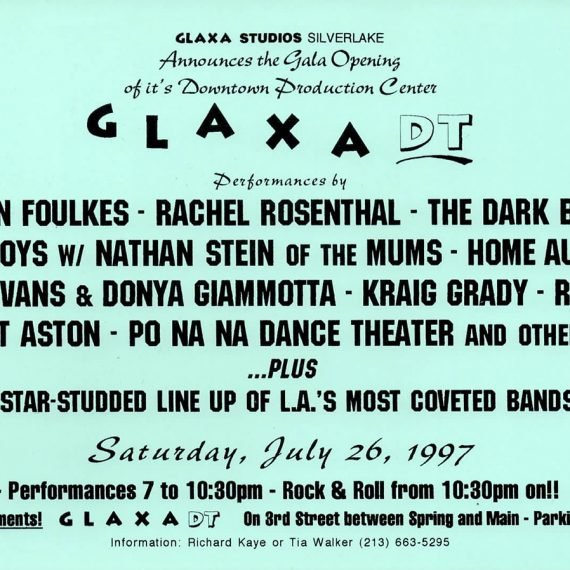 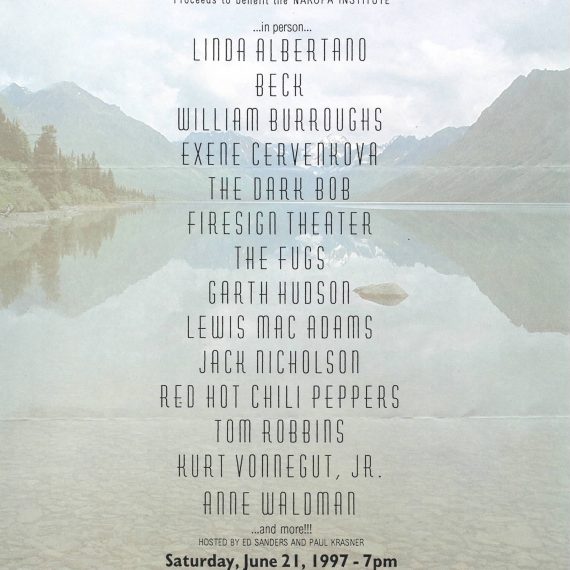 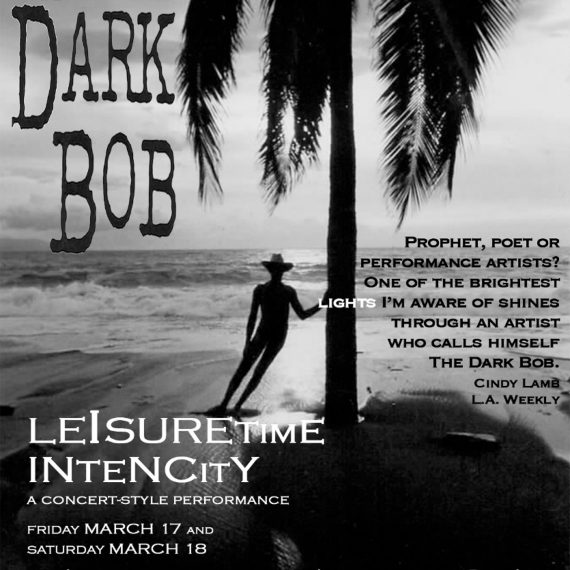 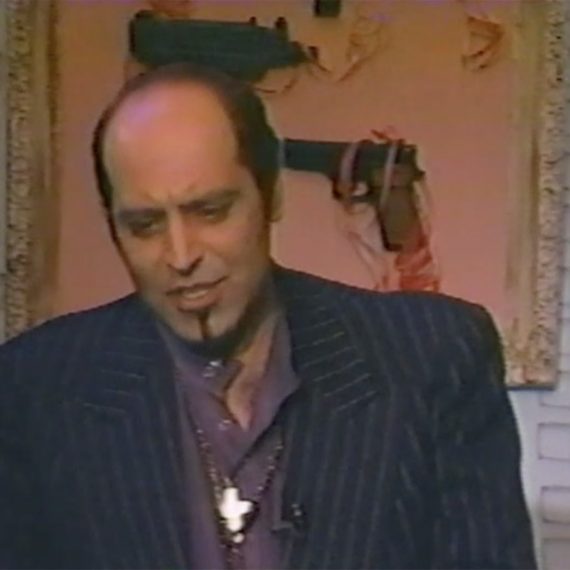 “The Dark Bob is one of the Big Orange’s premier crossover mixmaster’s and a staple of the L.A. alternative art scene. His shows are notable for their emphasis on wit, narrative bent and his comfort with musical, verbal and theatrical reference. That’s PERFOTAINMENT!”
– Peter Frank, LA Weekly

“This frenetic performer seems to be double jointed in places where this author does not even have joints. All the better for The Dark Bob as he goes through his routine of on-stage painting, singing, dancing, movie-making and sorts through topics that range from politics to sex to death.”
– Mike Steele, Minneapolis Star Tribune

“His wild intermedia performances are legendary for their excitement. They embody the very spirit of ‘Pop’.”
– Carl Loeffler, La Mammel, ArtCom Magazine

The Dark Bob vs. Carey Fosse in a Guitar Duel at the Earjam Festival

DANGERTOWN was performed at the following venues. Group shows and collaborations
are indicated in parenthesis.